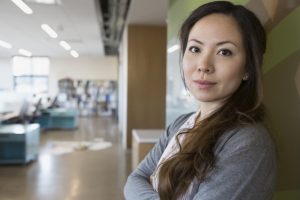 The numbers are daunting.

If you’re like me, those stats are enough to give pause. To fuel the concern, 24/7 news channels often focus on technology as the culprit that enables modern day fraud and crime. It leaves some to reason that each new technological advance might not be something to cheer. Yet while technology for wrong gets the headlines, we rarely hear about the things proactive companies are doing with technology to protect us.

The banks we do business with, the retailers where we shop and the credit card companies that finance many of our purchases are all working behind the scenes to cut or eliminate those daunting numbers. They do it for the benefit of their organizations – and for us, their customers.

But how, you ask? How are leading companies around the world using technology to switch from being reactive and defensive to being proactive and taking the fight to the fraudsters? To catch cybercrime and fraud, it's often just a matter of seconds that determines whether a malicious intrusion is successful or a transaction is fraudulent. Those are critical seconds that traditional approaches to managing and analyzing data won’t always catch.

It's time to move beyond traditional approaches – such as basic ETL-based methods and analysis of data at rest in a data center – to an approach that involves analyzing data at the edge. It's what we call a “streaming” approach.

Here’s an example. One banking organization was under constant attack from fraudsters. It needed to drastically speed reporting and analysis processes so that it could shift from an overnight model to a real-time, streaming model. By moving to a streaming approach, this bank was able to analyze 10 times the data volume it could analyze with traditional methods. Now it receives data in real time and can analyze up to seven terabytes of granular data on demand – which could not be done before. As a result, the bank now analyzes historical data along with customers' online behavior in real time, and can identify and immediately intercept attempts at fraudulent transactions.

When seconds mattered, streaming data was the answer.

Hortonworks Data Flow (HDF), powered by Apache Nifi, is a data application platform designed to solve data acquisition and delivery challenges, inside and outside of the data center. It provides a fast, easy and secure way to move data from anywhere it originates to anywhere it needs to go. In conjunction with SAS Event Stream Processing (which helps you understand events while they are in motion), it lets organizations analyze data continually – as it’s received. And it makes it possible to gain situational intelligence as new events take place.

Fraud and cybercrime will always exist. But proactive companies are fighting back – in ways that take them beyond the data center, beyond the traditional and beyond what they ever thought was possible. 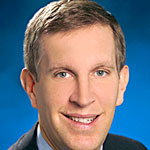 Todd Wright leads Global Product Marketing for SAS Personal Data Protection and SAS Customer Intelligence solutions. He works closely with the product management and sales organizations to create and promote materials that are relevant and valuable to SAS customers. Wright has 14 years of experience in data management software, including sales and marketing positions at DataFlux and SAS. Wright is instrumental in developing customer relationships and creating strategic marketing plans that drive awareness, consideration, education and demand for SAS Data Management. He received his business degree in Marketing from Western Michigan University.