Many businesses recognise the value of using customer decisioning models. Most also recognise that the fresher the model, the better the decision. But how important is it to keep the models fresh, and is it worth investing in 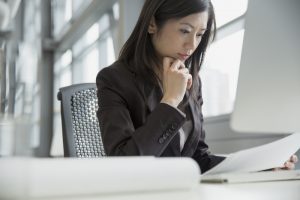 Many clients struggle with building that business case. Below are some calculations that can help justify that decision (and they can be tailored to your business).

Placing a value on model ‘freshness’

How much additional revenue can be achieved from having models that are significantly fresher? For example:

This is a tangible benefit of keeping models up to date. You can calculate an estimate on the core business KPIs of revenue or cost. For example:

So, let’s say a business has:

Five million customers and will contact 40 percent of them six times each year. The response rate of the targeted group is 1 percent. The revenue is $50 per response and the cost of contact is $0.25.

The potential revenue from fresher models is:

Or, the additional cost that would be needed is:

Realistically, a model that could generate as much value as this is unlikely to be left to degrade over the course of a year. However, given that automation of the modelling process could reduce time to market from more than three months to as little as a month, then in essence, the business could save two months’ worth of degradation – which in the above ballpark calculation is $50,000 for just one model. Clearly this adds up as more models are considered.

Results vary from business to business and from client to client, depending on how much of the decisioning is driven by models, and how fast the current update process is.

There are also cost considerations in terms of automating the model update processes. However, there are also the significant tangible organizational benefits such as:

Now of course, the business case here is deliberately simple, but it is a good tool to assess other business cases – and perhaps compare and prioritise.

For example, when a new data source is added, such as real-time data or some external data, how do you assess its value? I would argue that there is no value in this data unless it is used to improve decisions. The most tangible example is decisions based on models. If the lift in performance can be estimated, then a business case like the one above can be made in an analogous way. Many SAS customers use SAS Model Manager to help automate the process for updating models, and you can find out more here. 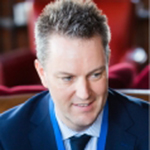 Adrian is a Principal Business Advisor at SAS, his knowledge of the use of analytics in business is both broad and deep, with over 20 years of experience in both vendor and client-side roles in marketing and credit risk at Lloyds TSB, Orange, HSBC, Marks and Spencer Money, Experian Marketswitch, and at SAS. At both SAS and Experian Marketswitch, Adrian has focused on optimisation opportunities in various countries around the globe spanning various business problems in marketing, risk, pricing and collections. With his experience of having been a risk manger, a marketing manager, and a modelling manager, Adrian brings pragmatism as well as improved performance to client solutions. Adrian’s education includes a BSc Honours in Pure Mathematics from Nottingham University, followed up with a PGCert in Operations Research from Sheffiled Hallam University.