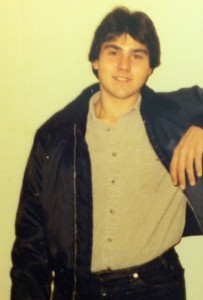 John Balla circa 1982 thinks his "Members Only" jacket makes him look cool.

Gilt is an online retailer based in the United States, founded in 2007 and is best known for flash sales - only available to members for 36-48 hours. It's all about giving its members the inside scoop to snag something cool and sought after, and then adding the thrill of getting it for a bargain. It's about limited quantities for a limited time. And with 6 million members, it's a clearly compelling mix.

Their mix starts with sought-after products – often luxury goods not normally found online. Then they offer them in limited quantities at big discounts to an exclusive audience and only for a limited time. And they do it over and over again. You can't even see what's on sale unless you're a member. New sales often seem like a trunk sale at your favorite boutique, featuring merchandise from a single brand or small groups of brands.

Their members-only exclusivity certainly promotes loyalty, but that doesn't mean they can rest on their laurels. In fact, Gilt has the inside track on loyalty by proactively cultivating it with marketing analytics. And they'd have to be - as an online retailer, they’re in the thick of digitally-savvy, empowered customers and an increasingly competitive market.

Gilt's forward-looking approach is what keeps them in the know – by utilizing real-time, predictive analytics that prompt tailored, timely interactions that deepen brand relationships and fuel long-term loyalty. Their sophisticated use of analytics includes techniques to gain deep customer understanding through data mining, implicit data collection and third-party data appends with traditional sources of insight, such as surveys and focus groups. Other approaches include persona-based segmentation, affinity scoring and lifetime value analysis to guide how they target, acquire and engage with high value customers.

Want the members-only view of how they do it?  Join us on November 21, 2013 at 1:00pm ET for a webinar produced by Loyalty360 called, Building Loyalty with Digitally-savvy, Empowered Customers.\

If you’re unable to tune in live, we’ll offer a recording afterward on demand at sas.com. Stay tuned for that update.