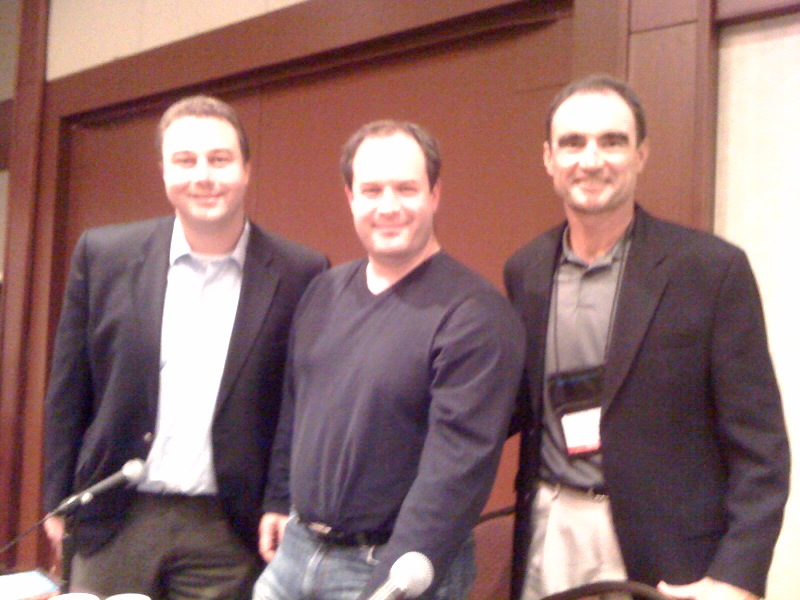 My notes from the Business Blogging: Tips and Case Studies panel at MarketingProfs Digital Marketing Mixer.

Smaller companies can get a lot of leverage out of inbound marketing. The amount of money you have no longer dictates how many people you can reach. The reach of your blog is about the brainpower, creativity and effort you put behind it.

Target content to your personas. Know who the people are that you're selling to and make sure they will enjoy and appreciate the content. Content is what makes you interesting in social media. It's what you link to in Twitter or Facebook, and the blog articles behind them. Without blogging as a core part of your strategy, just adding social media can be a mistake.

HubSpot's blog is their third-most important source of leads and drives about 10 percent of visits to the company website.

SEO and social media are equally important for HubSpot. 25-30 percent of visitors come from SEO and 20-25 percent from social media.

They look at every article they publish from an editorial perspective and look at the number of inbound links, comments and visitors and discuss that information in monthly editorial meetings to talk about what's working and how to enhance it.

They track traffic, leads and sales by channel or source. They can see how each channel is performing. Their two key goals for the blog are to get more traffic and more conversions.

Charlie was named one of the top 100 golf instructors in the world. David Meerman Scott's "New Rules of Marketing and PR" first alerted Charlie to the possibilities. His audience is golf instructors who want instructional materials. Any time he deviates, he gets low traffic numbers. "Blogging is so democratic," he said.

He's also done a lot of video tips. His first video was called "Three Steps to Proper Club Throwing," a funny video which showed up on golf.com. Charlie's first thought was, "This could be 19 years of legitimate golf instruction right down the tubes." He was concerned about the reaction but kept getting positive emails. Golf.com told him the video had gone to a million views in a week, and is now up to about two million views.

"My serious videos, they're in the hundreds." One called "Golf's most important lesson" is up to 18,000 views. He has about 30 videos on YouTube.

Charlie writes 8-10 blog posts per month. He works to keep them SEO optimized and keyword-rich. He has 30 videos and an e-book called "New Rules of Golf Instruction." (No doubt a tip of the hat to David Scott.) His blog now has more than 600 subscribers and more than 15,000 e-book downloads. More important, where most businesses are down 20-30 percent, they are breaking even.

His company is focused on developers working with multicore processors, a startup that raised a "couple of million dollars" and had a staff of nine. The goal was to create a worldwide standard for multicore processors. They were acquired by Intel, "So that's pretty cool," he said.

Their go-to-market approach revolved around inbound marketing and an open-source business model. They hired no sales people, but had one marketer (Ilya) eight months before shipping the product to implement the inbound marketing approach.