The recent budget debate between President Obama and Congress reminded me of many of the discussions I observed during my years as State Controller and Deputy State Budget Officer in North Carolina.  These discussions are related specifically to principles adhered to in budget development and budget deliberations by elected officials.  Those principles are:

While federal lawmakers are not required to adopt principle number one, historically they have usually--if not eagerly-- gravitated to principle number two with both sides claiming victory.  However, with the balance of political parties beginning to be almost equal at the federal and state level, the idea of compromise seems to be antiquated.  The inability to find common ground often leads to both sides easing into the quicksand of fiscal instability.

State governments are generally bound by statutes requiring compliance with structural balance, a concept unfamiliar at the federal level.  For purposes of this blog, structural balance is simply being able to identify sufficient recurring revenue to support proposed recurring expenditures for at least the next five years.  However, in recent years, the principle of structural balance has taken a backseat due to the alarming nature of revenue shortfalls, coupled with the growing costs associated with entitlement programs and enrollment increases.

In 1992, North Carolina state government experienced its most difficult revenue shortfall in history, to that time.  Some of the problems encountered resulted from failing to observe structural balance in the budget coupled with unrealistic revenue estimates.  The outcome of that struggle was budget reform that focused on many things, but demanded three statutory requirements:

The implementation of these principles provided the framework for North Carolina to address major natural disasters in the decade of the 90’s, and another major revenue shortfall in FY’s 2000-2003.  For some reason, state governments seemed to lose these basics as we moved through the first decade of the 21st century.  Add on major economic downturns and that has led elected officials to budget debates at state and federal levels that focus more on balancing the budget rather than maintaining fiscal integrity.   Impacted in all this are thousands of government employees and a multitude of programs serving citizens around the states and nation.

One thing that was clear to me during my career is that when you’re in the heat of a budget crisis, you don’t have much time to worry about next year.  I recently posed a “structural integrity” budget issue to a group of people working on solving a state budget problem.  The response was quick and terse:  “We can’t worry about next year because we’re trying to make it through this year!”   It was an understandable reaction to the question; but I reminded them that they will be trying to “make it through this year” for years to come until they begin to solve the structural integrity problem.  Evidently, there is at least one bond rating agency that shares that opinion. 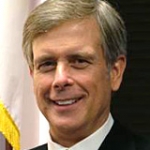 Robert Powell’s over 35 years experience in multiple aspects of North Carolina state government, combined with his strong knowledge of governmental finance and operations, can provide the clients of Fuquay Solutions with critical insight and opportunity. Read Robert's full bio.