Editor's note: The following post is from Shara Evans, CEO of Market Clarity Pty Ltd. Shara is a featured speaker at SAS Global Forum 2017 and a globally acknowledged Keynote Speaker and widely regarded as one of the world’s Top Female Futurists.

In the movie Minority Report lead character John Anderton, played by Tom Cruise, has an eye transplant in order to avoid being recognized by ubiquitous iris scanning identification systems.

Such surgical procedures still face some fairly significant challenges, in particular connecting the optic nerve of the transplanted eye to that of the recipient. However the concept of pervasive individual identification systems is now very close to reality and although the surgical solution is already available, it’s seriously drastic!

Many facial recognition systems are built on the concept of “cooperative systems,” where you look directly at the camera from a pre-determined distance and you are well lit, and your photo is compared against a verified image stored in a database. This type of system is used extensively for border control and physical security systems.

Where it gets really interesting is with “non-cooperative systems,” which aim to recognize faces in a crowd: in non-optimal lighting situations and from a variety of angles. These systems aim to recognize people who could be wearing spectacles, scarves or hats, and who might be on the move. An Australian company, Imagus Technology has designed a system that is capable of doing just that — recognizing faces in a crowd.

To do this, the facial recognition system compiles a statistical model of a face by looking at low-frequency textures such as bone structure. While some systems may use very high-frequency features such as moles on the skin, eyelashes, wrinkles, or crow’s feet at the edges of the eyes — this requires a very high-quality image. Whereas, with people walking past, there’s motion blur, non-optimal camera angles, etcetera, so in this case using low-frequency information gets very good matches.

Biometrics are also gaining rapid acceptance for both convenience and fraud prevention in payment systems. The two most popular biometric markers are fingerprints and facial recognition, and are generally deployed as part of a two-factor authentication system. For example, MasterCard’s “Selfie Pay” app was launched in Europe in late 2016, and is now being rolled out to other global locations. This application was designed to speed-up and secure online purchases.

Facial recognition is particularly interesting, because while not every mobile phone in the world will be equipped with a fingerprint reader, virtually every device has a camera on it. We’re all suffering from password overload, and biometrics - if properly secured, and rolled out as part of a multi-factor authentication process - can provide a solution to coming up with, and remembering, complex passwords for the many apps and websites that we frequent.

Its not just about recognizing individuals

Facial recognition systems are also being used for marketing and demographics. In a store, for example, you might want to count the number of people looking at your billboard or your display. You'd like to see a breakdown of how many males and females there are, age demographics, time spent in front of the ad, and other relevant parameters.

Can you imagine a digital advertising sign equipped with facial recognition? In Australia, Digital Out-of-Home (DOOH) devices are already being used to choose the right time to display a client’s advertising. To minimize wastage in ad spend, ads are displayed only to a relevant audience demographic; for instance, playing an ad for a family pie only when it sees a mum approaching.

What if you could go beyond recognizing demographics to analyzing people’s emotions? Advances in artificial intelligence are turning this science fiction concept into reality. Robots such as “Pepper” are equipped with specialized emotion recognition software that allows it to adapt to human emotions. Again, in an advertising context, this could prove to be marketing gold.

Of course new technologies is always a double-edged sword, and biometrics and advanced emotion detection certainly fall into this category.

For example, customers typically register for a biometric payment system in order to realize a benefit such as faster or more secure e-commerce checkouts or being fast-tracked through security checks at airports. However, the enterprise collecting and using this data must in turn satisfy the customer that their biometric reference data will be kept and managed securely, and used only for the stated purpose.

The advent of advanced facial recognition technologies provides new mechanisms for retailers and enterprises to identify customers, for example from CCTV cameras as they enter shops or as they view public advertising displays. It is when these activities are performed without the individual’s knowledge or consent that concerns arise.

Perhaps most worrisome is that emotion recognition technology would be impossible to control. For example, anyone would be able to take footage of world leaders fronting the press in apparent agreement after the outcome of major negotiations and perhaps reveal their real emotions!

From a truth perspective, maybe this would be a good thing.

But, imagine that you’re involved in intense business negotiations. In the not too distant future advanced augmented reality glasses or contacts could be used to record and analyze the emotions of everyone in the room in real time. Or, maybe you’re having a heart-to-heart talk with a family member or friend. Is there such a thing as too much information?

Most of the technology for widespread exploitation of face recognition is already in place: pervasive security cameras connected over broadband networks to vast resources of cloud computing power. The only piece missing is the software. Once that becomes reliable and readily available, hiding in plain sight will no longer be an option.

Find out more at the SAS Global User Forum

This is a preview of some of the concepts that Shara will explore in her speech on “Emerging Technologies: New Data Sets to Interpret and Monetize” at the SAS Global User Forum:

Join Shara for a ride into the future where humans are increasingly integrated with the ‘net!

Technology Futurist Shara Evans is a globally acknowledged Keynote Speaker and widely regarded as one of the world’s Top Female Futurists. Highly sought after and in demand by conference producers and media, Shara provides the latest insights and thought provoking ideas on a broad spectrum of issues. Shara can be reached via her website: www.sharaevans.com

(Note: My new website will be launching in a few weeks. In the meantime, the URL automatically redirects to my company website – www.marketclarity.com.au ) 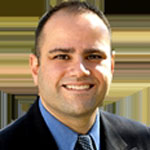 Larry LaRusso is the editor of the SAS Tech Report and SAS Learning Report newsletters and the SAS Users, Learning Post and Analytics U blogs. He has worked at SAS since 2000 in marketing, communications, customer experience and management roles for both the Education Division and External Communications. You can follow him on Twitter @lalaru102.