As Gerry Nelson pointed out in an earlier post on 9.4M3, a new interface to the SAS Backup and Recovery Tool is available from the Administration application in SAS Environment Manager.  This new SAS Backup Manager interface makes scheduling regular backups and executing ad hoc backups extremely easy to do and greatly simplifies the life of a SAS administrator.  The ease with which new backups can be made should also encourage closer adherence to best practices suggesting backups before and after significant system modifications.

The SAS Backup Manager interface includes a History view of the backups that have been run and displays details of a selected backup.  In this case, I selected the oldest backup in my history which is one I took after my initial 9.4M3 install in July. 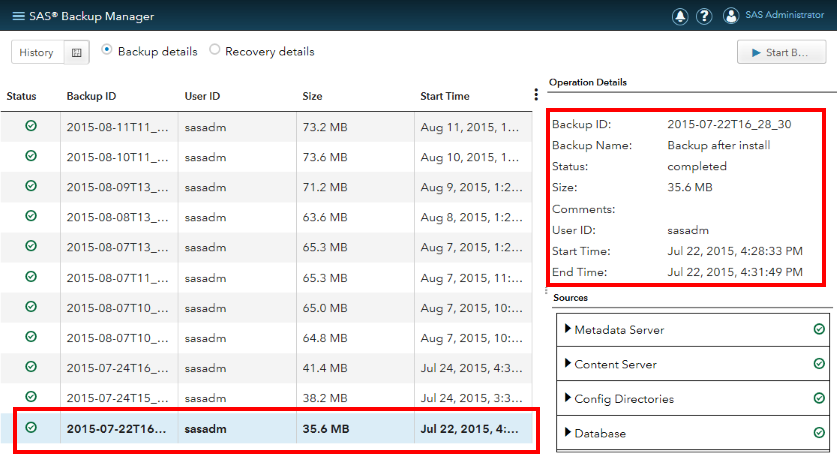 So what happens when you want to delete an old backup?  It turns out that there really isn’t a safe way to selectively remove an individual backup.  Instead, configuration of the backup policy enables an administrator to specify a retention period for backups and as part of running a new backup, any previous backups older than the retention period are purged from the system.

What confused me for a bit was that I never saw any change in the status of my old, purged backups in the backup history display.  Turns out that the help documentation for the SAS Backup Manager clearly states that the history view “… includes all backups or recoveries that are recorded in backup history, including backups that have been purged due to the retention policy.”

Aside from examining the Vault location on disk, the best way to determine the current state of a specific backup is to run the sas-display-backup command from the <SASHome>/SASPlatformObjectFramework/9.4/tools/admin directory, passing in the backupid of the entry of interest.

As you can see from the example above, the post-install backup I ran back in July was purged once its date exceeded the 15 day retention period I specified.

A few of things to keep in mind about purging backups: 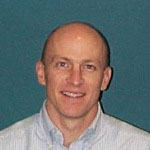 Scott McCauley is a Senior Manager in the Global Enablement and Learning (GEL) Team within SAS R&D's Global Technical Enablement Division. Scott has spent most of his professional career in SAS consulting, most recently on a team that prepares SAS Technologists for implementations of SAS Visual Analytics and the SAS Analytics Platform. His primary focus is on administration of SAS environments, including security, monitoring, and system automation.