My team and I are often called on to help customers optimize SAS system performance, particularly when the root cause of performance problems is hard to track down. This is the first of a two-part article on practices and tools we’ve found most useful.

The first step in diagnosing and solving performance problems is to understand the complaint thoroughly. Compiling all the available information from the user will help you more accurately target diagnostic testing:

Or, are the problems more pervasive across the many processes and users?

First clues to the problem are usually manifest by poor test or application response times. It’s often helpful to witness the problem first-hand to fully understand it.

This step may require a subsequent setup and run of the application or process, particularly if it is non-recurring task or activity. It is best to perform this activity under the same circumstances as the original problem. Ensuring that conditions are duplicated may require:

Once the complaint is clearly established and documented, then you can undertake processes to determine the root cause or causes and initiate correction. If the problem is established as recurring or persistent, it can be measured and diagnosed using monitors from within SAS along with a wide variety of hardware monitors. Stay tuned for Part II: What Monitor Tools to Use. 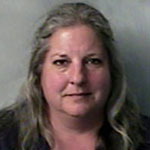