When I started using SAS back in 1995, every SAS user was a SAS programmer. We wrote code, and we were proud of it! We accessed our data via the DATA step, PROC IMPORT and SAS access engine code. If you had asked me back then what metadata is, I’m quite sure I would have had no idea.

Fast forward to today and SAS users take on many different roles and perform various activities. Whether you are a SAS programmer, a SAS administrator or a SAS business analyst, there are a myriad of reasons to work with SAS via metadata.

Today I still write SAS code, but I am also working within the metadata infrastructure. Some of the benefits of utilizing the SAS metadata layer include system security, data integrity and an easy way to work with multiple data sources.

Next time, we’ll dive in deeper to show how to work with the SAS metadata to complete tasks such as setting up user permissions and configuring a server definition. In the meantime, please download our whitepaper The Value of Integrated Metadata: SAS Open Metadata Architecture for more on SAS Metadata.

I’d appreciate hearing from you in the comments if there are more areas of metadata you’d like to read about in the blog series. If you are already working with SAS metadata, that’s great! I hope you have found and enjoyed many of the benefits that I have grown to know and love. 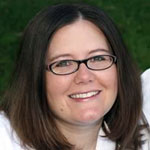 Wendy McHenry is a Systems Engineer at SAS, and every day she gets to show her customers how SAS can help solve their problems. Her primary focus is on our SMB customers. Wendy has been a SAS user for over 17 years and joined SAS as an employee in the Fall of 2011. Her SAS focus areas include data management, business intelligence, and SAS Administration. In her spare time, she is a Girl Scout volunteer. Connect with Wendy on Twitter at: @wendymac98