I am part of a 'virtual team from SAS Technical Support' who provide the suggestions for the Tips & Techiques section for the SAS Tech Report each month. A couple of days ago, Bill Gibson, Chief Technology Officer from SAS Australia, sent us an email saying that like him, many seasoned SAS programmers concatenate values with the combination of || and TRIM and LEFT functions. He thought it would be a good idea to create a SAS Usage Note that spotlights the faster and more elegant concatenation approaches available in SAS 9.0 and beyond.

Prior to SAS 9.0, in order to concatenate text strings in SAS, a combination of the TRIM and LEFT functions and the concatenation operator (||) had to be used. A separator, if desired, would have to be added using a quoted string.

The table below shows a comparison of each CAT function to using the concatenation operator.

To see an example of the new functions, run the following code:


These code examples are provided as is, without warranty of any kind, either express or implied, including but not limited to the implied warranties of merchantability and fitness for a particular purpose. Recipients acknowledge and agree that SAS Institute shall not be liable for any damages whatsoever arising out of their use of this material. In addition, SAS Institute will provide no support for the materials contained herein. 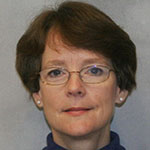