In many movies, there is often a scene where the star says "We can do this the easy way, or the hard way" (and the hard way usually involves quite a bit of pain). So it is with interrogations ... and so it is with writing SAS code! Today I'm going to teach you the easy way to calculate cumulative values.

What data will I be using? Here's a photo of my friend Ben (from Ole Time Barbecue) and his daughter, to give you a hint. If you guessed NC State Fair Attendance data, you'd be right! 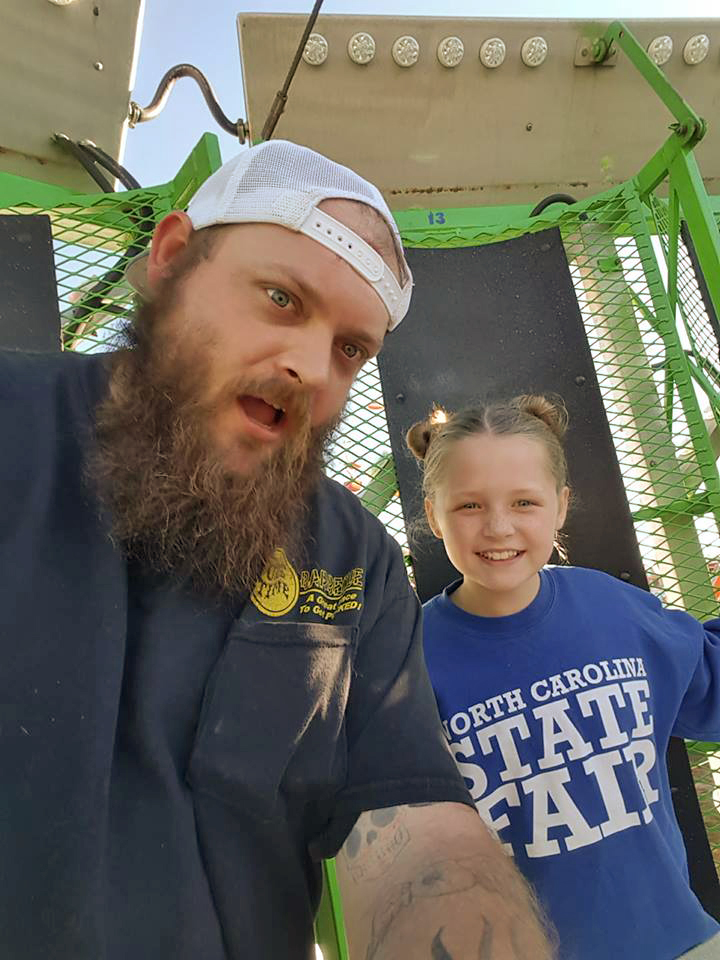 Each year, North Carolina has a state fair in Raleigh (about 4 miles from my house). The fair lasts 11 days, and they post the attendance data on their website each day. Here's the data from this past year (2017), that I have pulled into a SAS dataset: 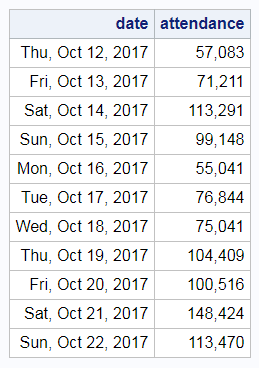 We can easily plot these daily values, and get a graph like the following: 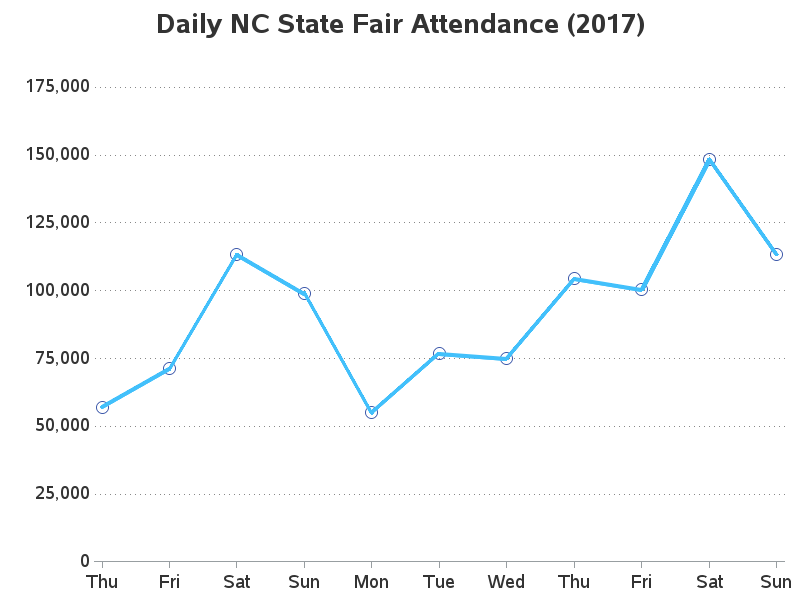 The daily attendance is nice to see, but the cumulative total would also be interesting. You can calculate the cumulative total in SAS using a data step. A data step loops through all the lines of the dataset (one line at a time), and lets you perform actions on the values. By default, you can only perform actions on the values of the current row, but you can use the 'retain' option which allows you to carry a value from one row of data to the next. 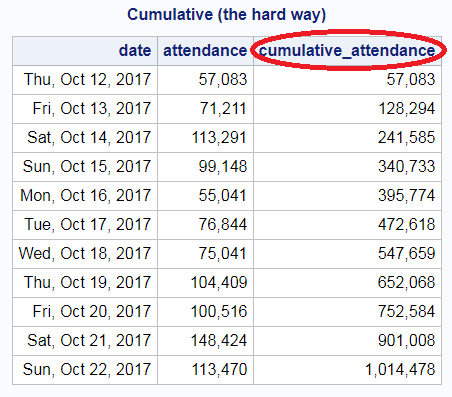 You programmers out there are probably saying "that's not too bad - just three lines of code in a data step..." But that's actually the hard way. There's an easier way to calculate the cumulative total, using only one line of code in the data step! I learned this trick from Dr. David Dickey, while taking his Time Series grad course at NC State University in the 1990s (Thanks Dr. Dickey!) As you can see, the results are exactly the same ... but the code is a lot more concise, which makes it easier to maintain and less prone to human error. 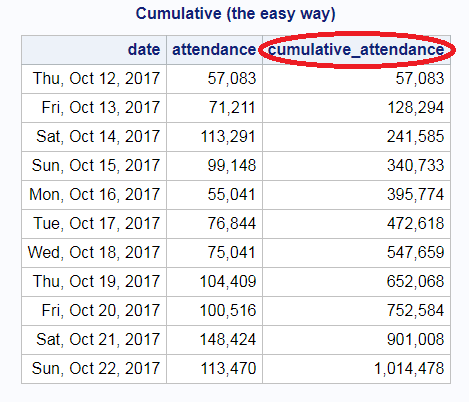 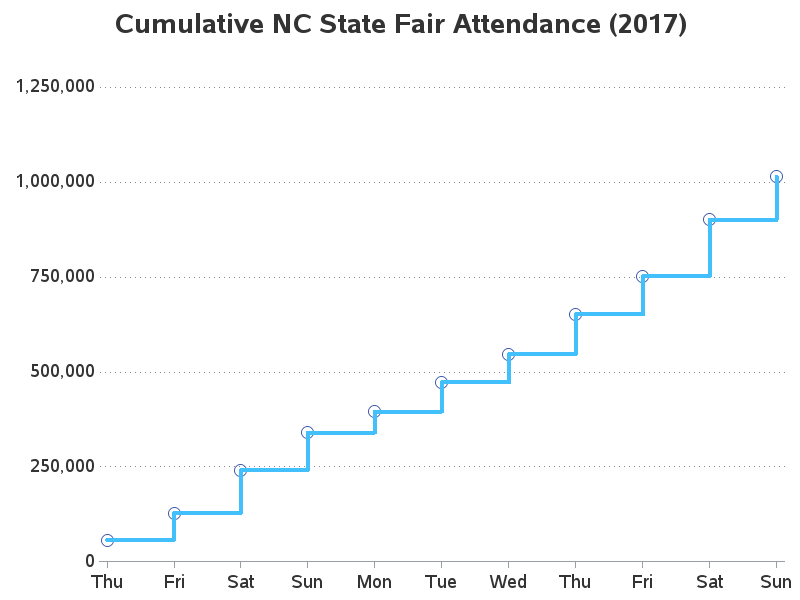 There are usually about 10 different ways of doing things in SAS - what other techniques have you used to calculate a cumulative total? Here's a link to my SAS code, if you want to use that as your starting place. (feel free to discuss in the comments)