During the past few days, several news outlets told us that the number of illegal border crossings 'surged' in March 2018. This is a topic that interests me, therefore I wanted to see if the data supported what the news was claiming...

Trump's desire to secure the US borders is one of the things that got him elected. Thousands of people try to cross the US borders illegally (without permission/paperwork/etc), but it's difficult to get an exact number. For example...

The hard data that's available is the number of people who get caught, therefore that's what I'll use in my analysis. I found the historical data in a pdf document, and the recent data in a Customs and Border Protection web page. With a bit of magic (aka, hard work), I got all the data into a spreadsheet, which I could then easily import into SAS. Now, let's visually analyze that data with some graphs... 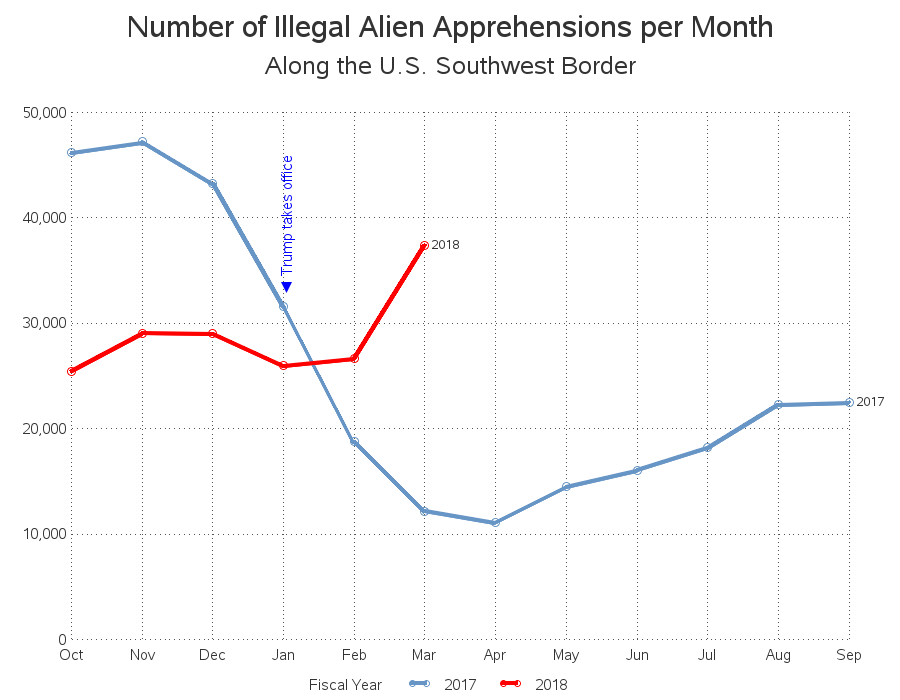 Compared to Recent Past

If you plot the data back to year 2012, it appears that 2017 (Trump's first year) is an anomaly, and the 2018 values are right in line with previous years. I'm not saying the number of apprehensions in the past few years were good/good-enough/desirable - just saying that the 2018 values are about the same as those. 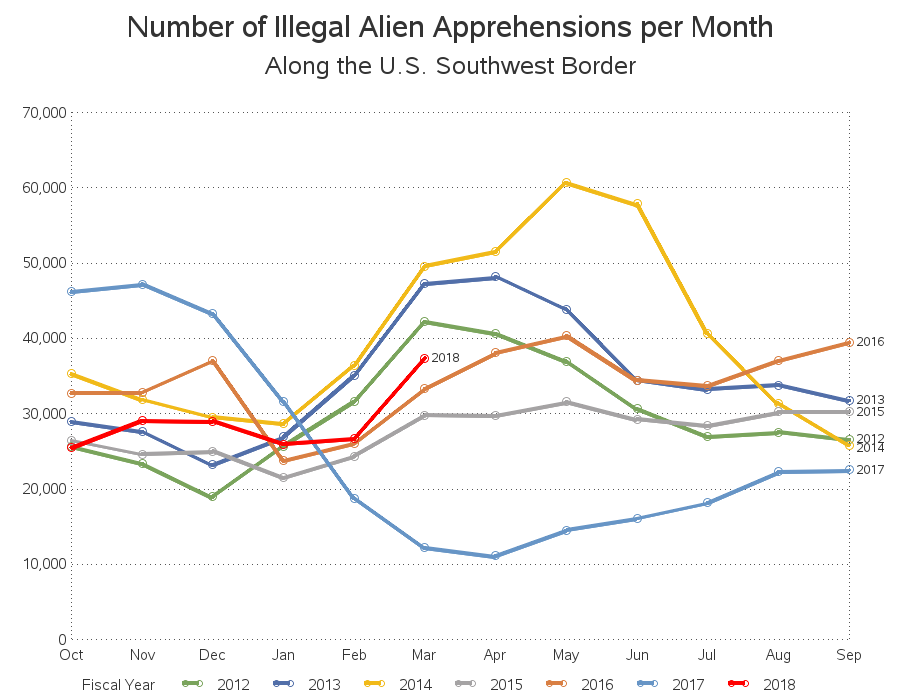 Compared to the Long-Term Trend

If we plot the values back to year 2000, the current values look very low, by comparison. But comparing current numbers to the numbers from 10-20 years ago might be comparing apples-to-oranges. For example, before fingerprint identification was started and catch-and-release policies ended, the numbers might have been very high because the same people might have been making multiple attempts (and getting caught multiple times). 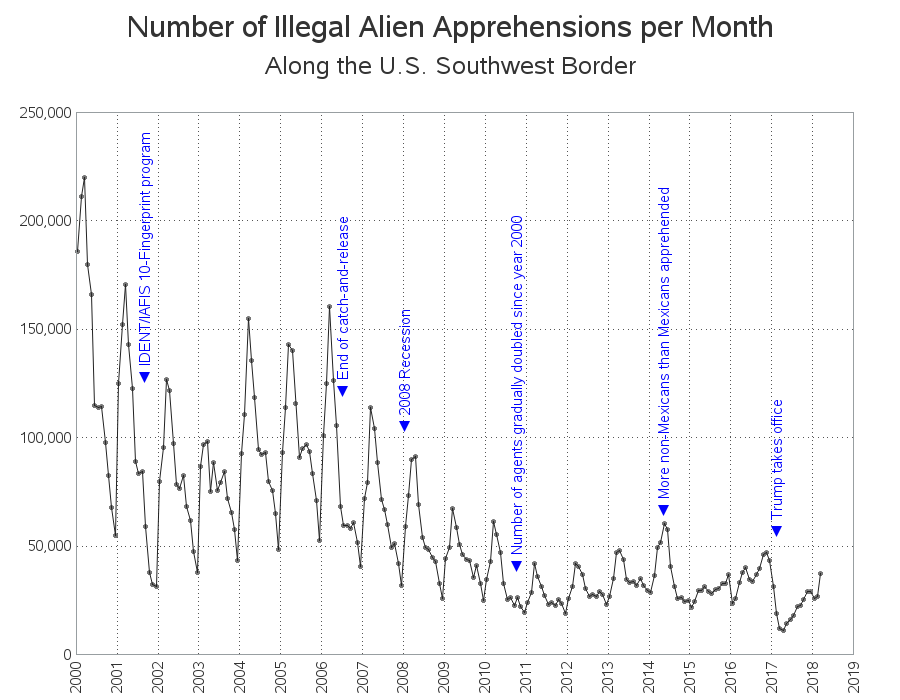 What's your opinion? Feel free to leave a comment!