If you answered somewhere between Texas and Georgia, you would be correct! To those of us not from that area, it sounds crazy/confusing that they call all soft drinks a "coke" (even if they're not a Coca-Cola coke). But, of course, people from that area might have similar thoughts when they hear someone call it a "pop" or a "soda".

In order to be a savvy traveler, or impress your linguist friends, this is a topic you need to master. And what better way to get a grasp on this topic than to plot the data on a map! One such map was shared by many news sites such as NPR a few years ago. It was a very interesting map, and after studying it, I found that certain regions of the country had fairly strong preferences for calling soft drinks by different names. And North Carolina, where I live, was a bit of a mixed-bag when it comes to preferences ... which is probably why I was familiar with all the names. 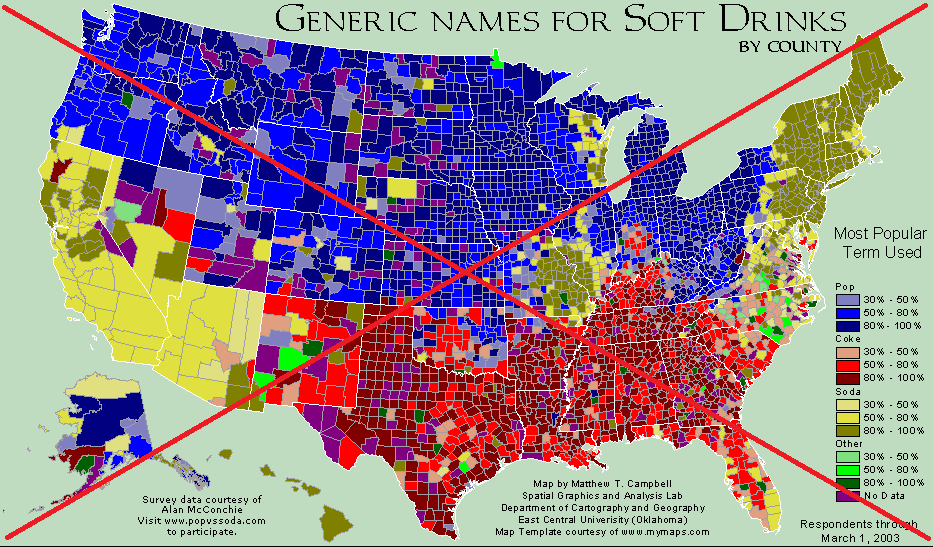 Although the map was interesting, there were several problems (or opportunities for improvement) that jumped out at me.

So I decided to create my own map, and see if I could make a few improvements. I found the raw data for each state, and copy-n-pasted the tables into a spreadsheet. I imported the spreadsheet into SAS, massaged and analyzed the data a bit, and came up with the following map. (Here's the full code, if you'd like to see all the details.) 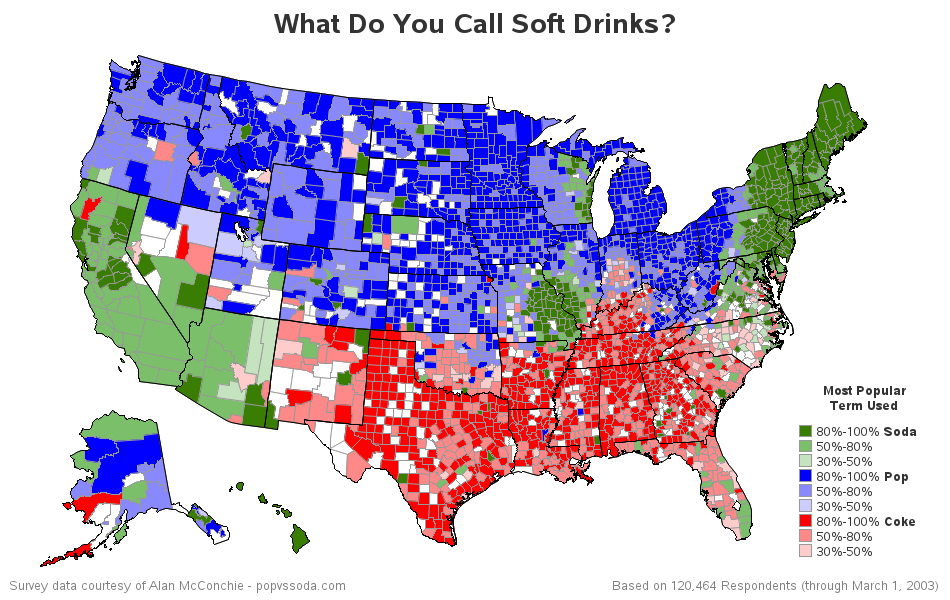 In general, I think my map is less cluttered, and easier to quickly understand. Below is a list of specific changes I made.

What do you call soft drinks where you live? Do you use one of the main three names in this map, or some other name? And ... what's your favorite soft drink? - My favorite is "Inca Cola" (made with the recipe they use in Peru, with real sugar, etc - that's the best!).