Are you one of those people who get easily bored at amusement parks? Would you like something to do while your friends/family are waiting in line for a ride? Perhaps I have an alternate idea, to keep you busy - survey markers!

When surveyors are measuring and marking areas for construction, they sometimes install permanent survey markers in certain locations, so they can use them as reference points for other measurements, etc. Here's an example of a survey marker that was used at Disney World. Wouldn't it be cool to find some of these markers? 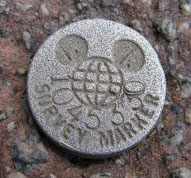 How do you find survey markers?

You could just wander around an amusement park aimlessly, with your head down looking at the ground, and try to find survey markers. But people have already found many of the survey markers, and made that data available on the Internet. For example, there are already lists for Epcot and MGM at Disney World! (Why did I pick Disney World? ... that's the location of our SAS Global Forum this year!)

How do we make sense of the location data?

I downloaded the marker location data, and imported the latitude/longitude coordinates into SAS. I then created a scatter plot of the coordinates, and added a map image behind them. Of course 'the devil is in the details' as this entailed downloading several slippy map tiles and piecing them seamlessly together, and then combining the map and scatter plot in such a way that the markers appear in the exact correct location on the map.

Here's a snapshot image of the results - click it to see the interactive version: 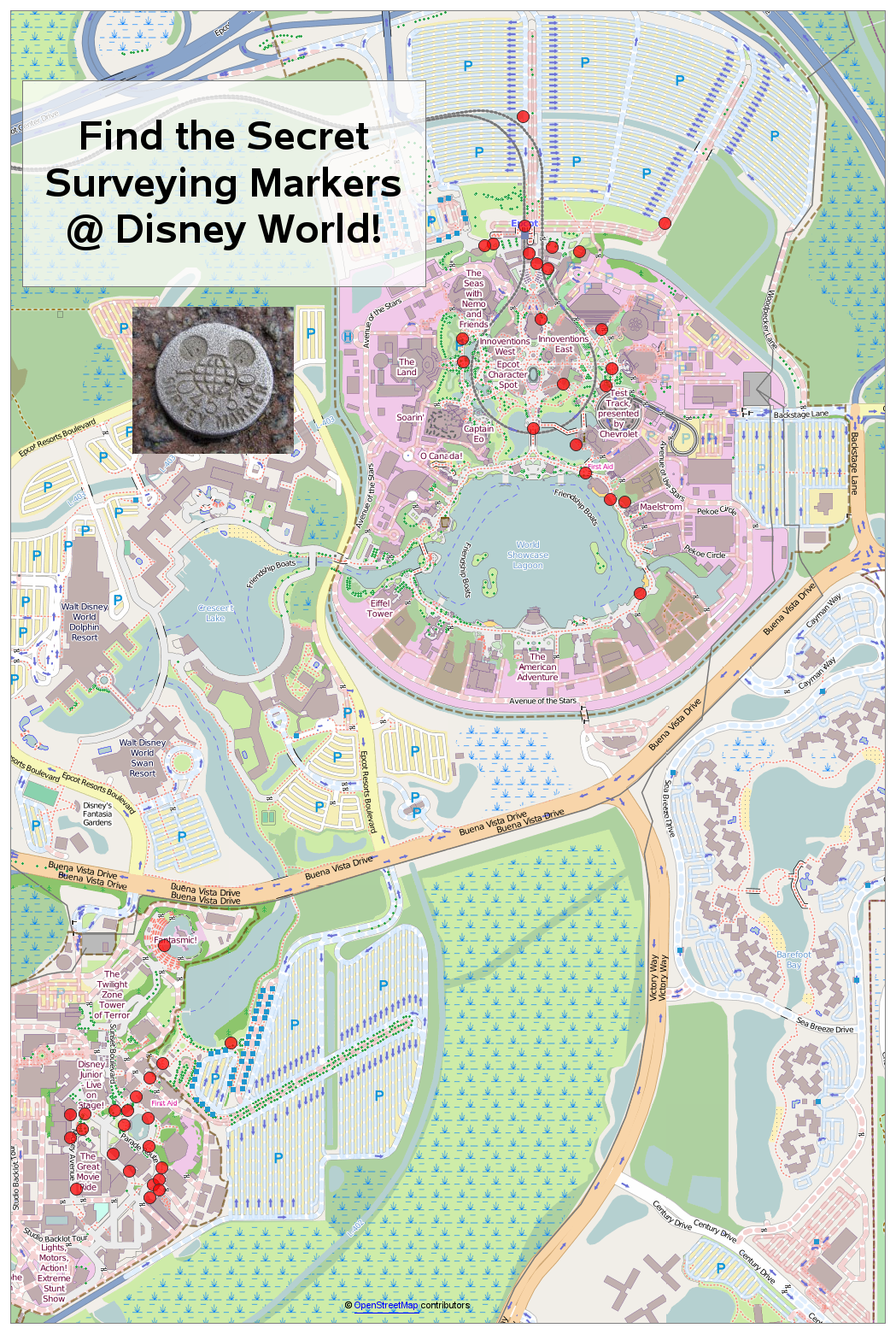 When viewing the interactive version, the red markers (which represent the survey marker locations) have mouse-over text, and you can click on the red markers to bring up a Google satellite map zoomed-in on that exact location. Looking at the zoomed-in satellite map should give you a pretty good idea of where to look for the marker. Below the map is a table showing all the markers, and their lat/long coordinates in text form (below is a screen capture showing the first few lines of the table). If you're a real crackerjack, you could enter the lat/long coordinates into your gps (or smartphone) and have it take you right to the spot. 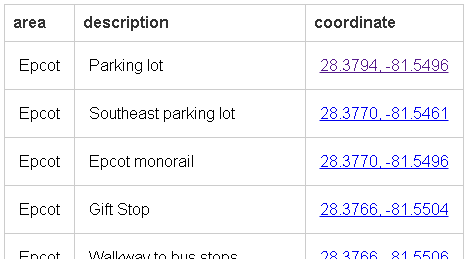 What to do once you find one?!?

Unlike geocaching, there is no prize or reward when you find a survey marker ... just the satisfaction of having found it. Take a picture of it (maybe a selfie), share it with your geeky friends, and maybe even add a comment to this blog letting everyone know you found one! :-)

(Keep in mind - you don't want to look for survey markers in 'no trespassing' areas, or areas that could be dangerous. For example, if you go off the beaten path in Florida, you could encounter snakes, alligators, and other dangerous wildlife ... not to mention, mad security guards.)