The English language, a mishmash of words from many tongues and with rules that aren’t always consistent, sometimes causes people to stumble when writing quotes. There are numerous humorous websites with examples of incorrectly-used quotes on signs saying things like “Sandwiches Prepared ‘Fresh’,” or “Help ‘Wanted’ – Please ‘inquire’ within”.

In SAS, we sometimes use quotes incorrectly as well, and macro neophytes often ask how to know when quotes are needed around macro variables, and when they’re not. Should we quote all our macro variables (no), and if only some, which ones? To answer I say two things:

Consider the following code, which contains a WHERE statement referencing both a character and a numeric value, and no macro triggers:

Next, I add two %LET statements, and several macro variable references. Notice however that I neither add nor remove any quotes, instead the quotes stay in the same places – I simply change single quotes to double quotes:

If a macro variable is placed inside quotes, they must be double quotes because of the word scanner. The word scanner sits behind the scenes where it scans submitted code and directs it to the proper location, such as the DATA step or PROC compiler, or the macro processor. But it has another job, too. If the word scanner encounters a string in double quotes, it knows it must search inside the quotes for macro variable references. If it encounters a string in single quotes, it knows it should not search for macro variable references, instead it can sit back on its digital lawn chair and relax. 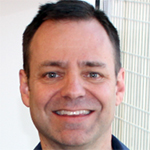 Marty Hultgren is an instructor at SAS Institute. He grew up in Minnesota, and after many years spent outside of Minnesota in far-flung places from Australia to the Solomon Islands, Palau to Japan, he returned to Minneapolis where he lives with his three boys and teaches a myriad of SAS classes. He enjoys cross country skiing, guitar, biking, reading and great local beer.