The topic of fracking has been in the news a lot lately - this blog post explores some of the finer points of plotting opinion data related to fracking ...

I recently saw the following graph on dadaviz.com. It showed some interesting data, and presented the data in a way that I almost approved of. Give it a quick look, and see if you can guess the things that bothered me (before I elaborate on them): 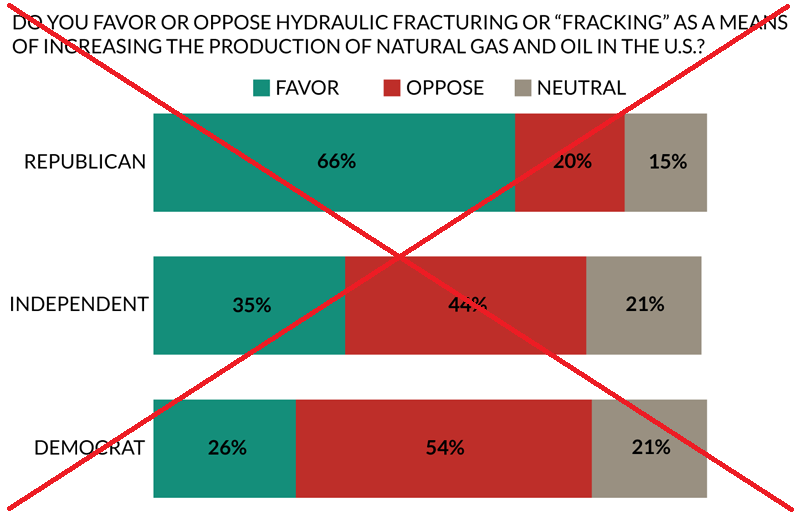 As you've seen in the past, I don't complain about a graph without trying my hand at creating a better one. I found the Gallup article and entered the data into a SAS dataset. I noticed that the article also listed the 'Overall' opinion statistics - I think that's very important to help understanding the data, so I added that to the graph. I used Proc Transpose to get the data structured in a way that it could be easily plotted by Proc Gchart, and then created a grouped horizontal bar chart (similar to the original one, but with an extra group to show the overall statistics), with the 'neutral' segment in the middle (the Gallup article called it 'no opinion' therefore that's what I called it). I made the title mixed-case, and added a footnote at the bottom of the graph to let readers know that it was based on Gallup data. 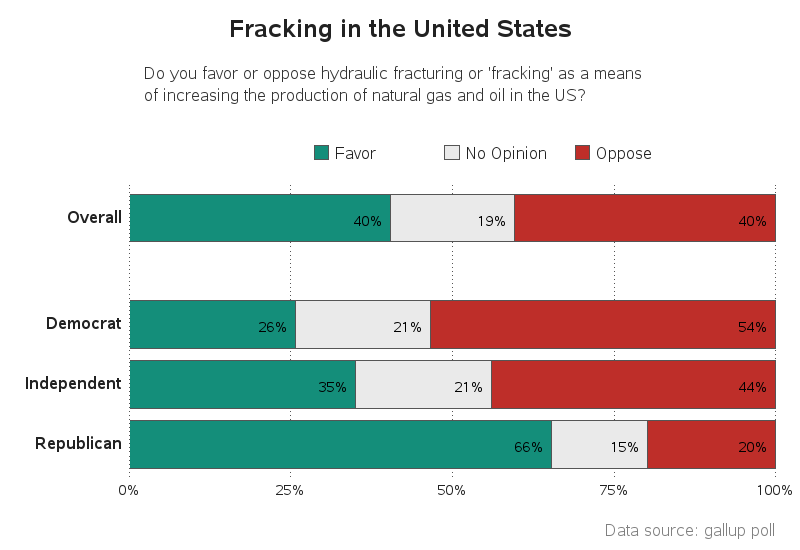 The Gallup article also had fracking opinion data by age group, so I created a graph for that as well: 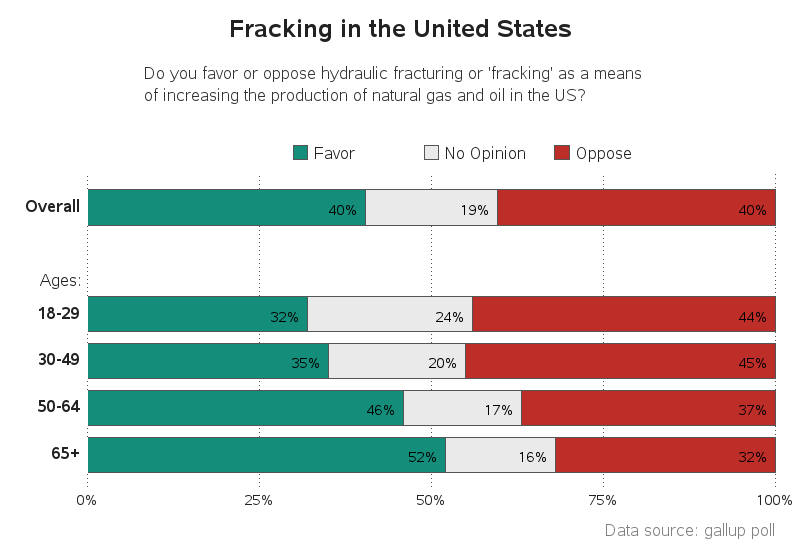 Let's not get into a discussion about whether fracking is good or bad. But I invite you to leave a comment on why you think the opinions differ by political party and age group.