I recently read a Washington Post article about the euro versus the dollar, and I wanted to analyze the data myself to see whether the article was simply stating the facts, or "sensationalizing" things.

The washingtonpost.com article started with the headline, "This is historic: The dollar will soon be worth more than the euro." And the article had the following graph showing the value of the euro dropping: 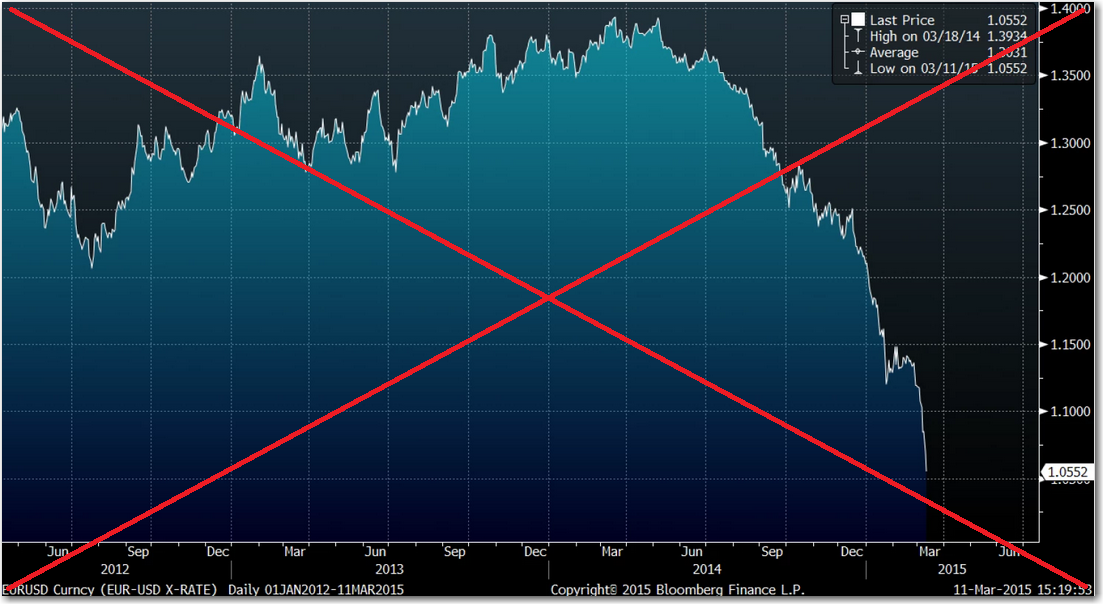 Based solely on the title and the graph (which is probably all that most people look at), I assumed that the exchange rate had always been about 1.25, and had recently started dropping towards 1.00, and that this was an unprecedented historic event. But as I read the details in the article, I started to become a bit more skeptical, and decided to find the actual data, and plot it myself.

Before we get down to business, here's a picture of some euros and dollars my friend Margie just happened to have ...

And now, let's get to the SAS analysis! ... I went to the federalreserve.gov website, and found the raw data... 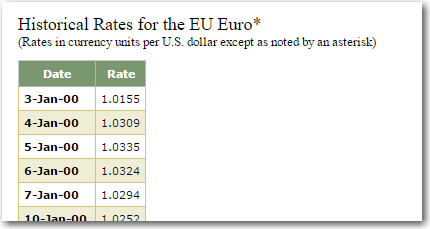 They displayed the data in an html table, so I wrote a SAS job to read the html code directly from their web page, and parse out the data values. I then used Proc Gplot to create a graph very similar to theirs (both the visual colors and style, and the years covered). And, sure enough, my graph showed the same thing (ie, the exchange rate hovered around 1.25 during that time period, and had a recent drop heading towards 1.00). 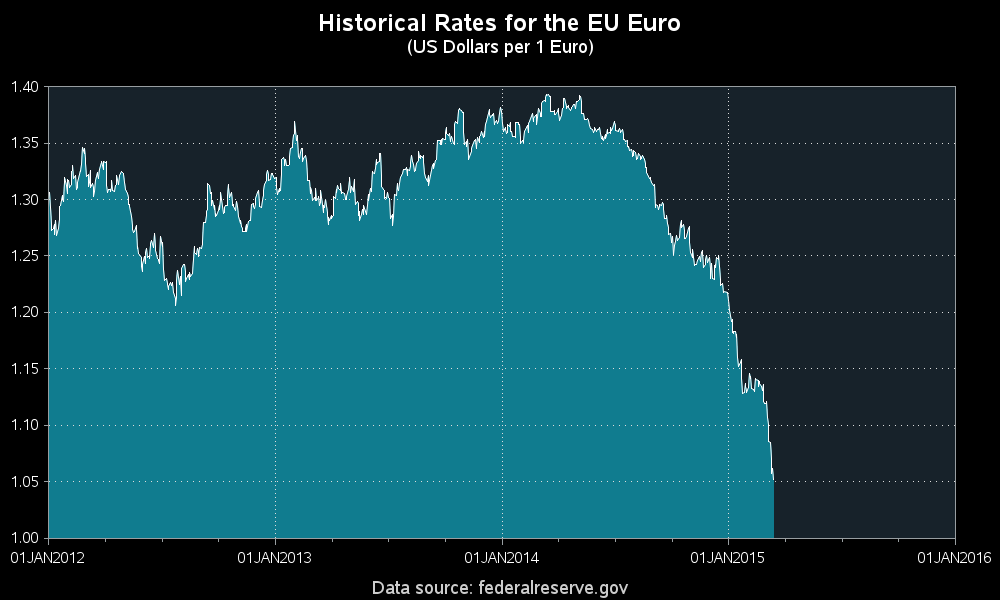 But, being a natural skeptic and a Curious George, I wondered if the data prior to 2012 told the same story? The Federal Reserve table contained data back to year 2000, so I tweaked my Gplot code a bit to plot all the data. And would you look at that - the euro was worth less than a dollar back in 2000-2003! So, while the sudden rate of the recent drop might be 'historic' a euro being worth less than a dollar is not a new or unique event. 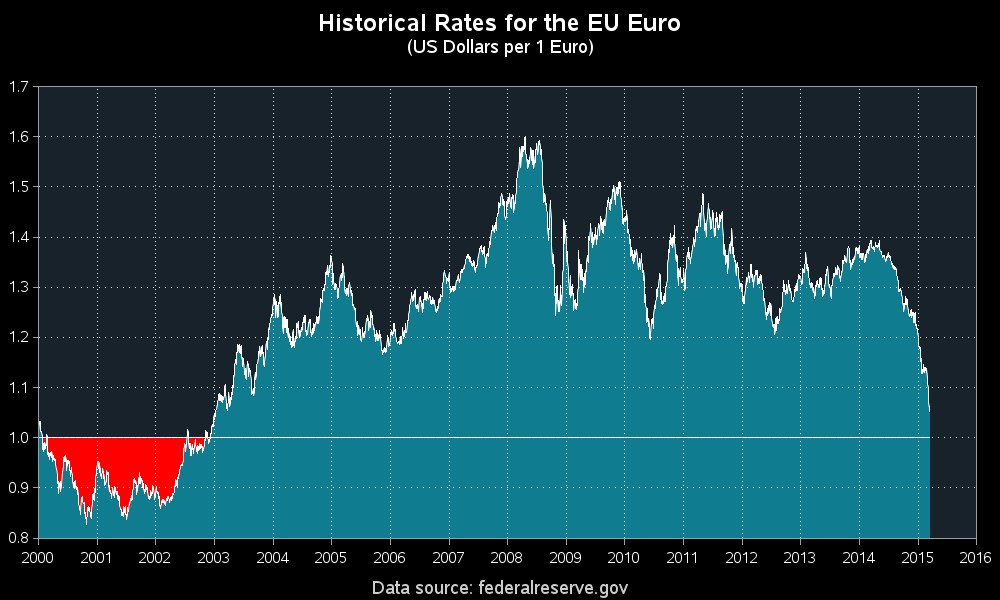 Now a question for you economists - who is it good for, and bad for, when the value of the euro falls against the dollar?