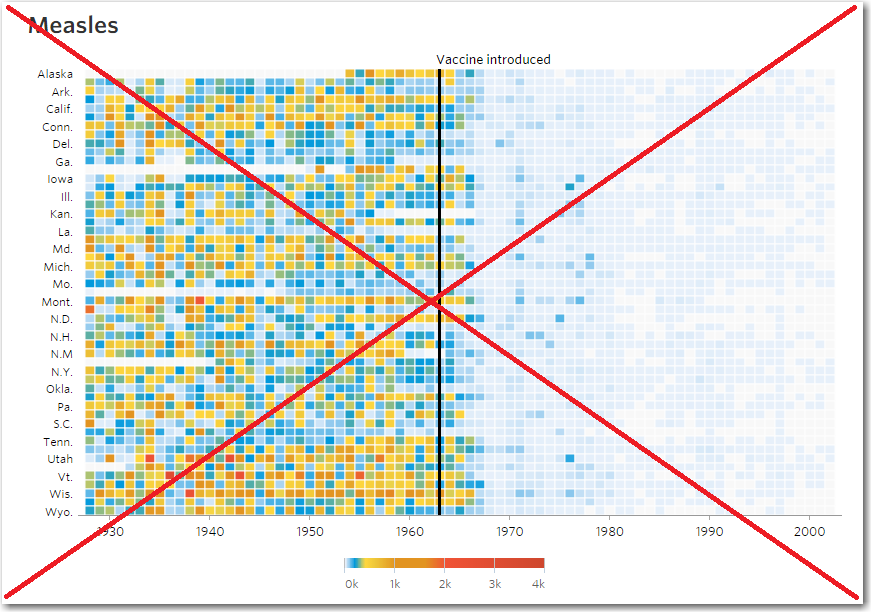 In general, their graph is eye-catching, and I learned a lot (in general) about the data by looking at it. But upon studying the graph a little deeper, I noticed several problems:

Therefore I set about creating my own SAS version of the graphic, to see if I could do a better job. I located the data on the Tycho website, downloaded the csv files, and imported them into SAS datasets. I then created a rectangular polygon for each block in the graphic, so I could plot them using Proc Gmap. I assigned custom color bins, so I could control exactly which ranges of values were mapped to which gradient shade of my color (I used shades of a single color, rather than multiple/rainbow colors), and used a hash-pattern for the missing values. Here's my measles graph: 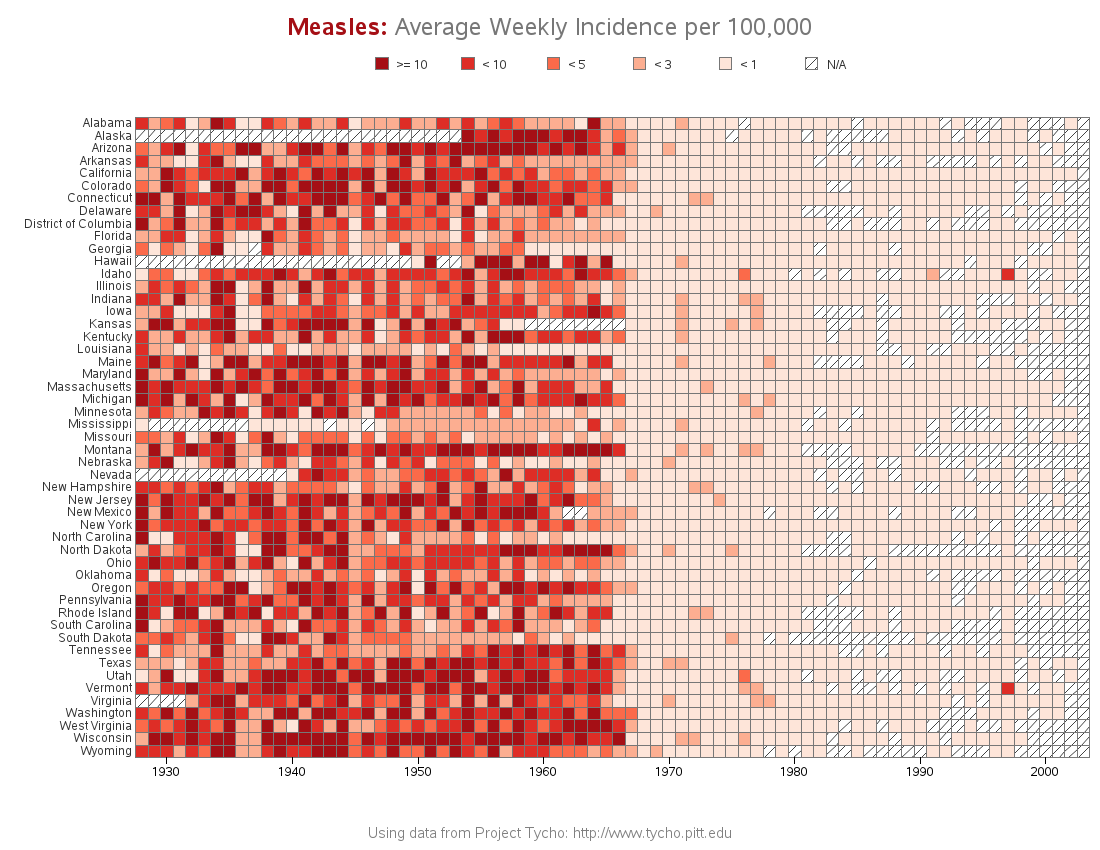 In addition to the visual aspects of the graph, I also made a slight change to the way the data is summarized. The Tycho data was provided as weekly number of cases per 100k people, and (it appears) WSJ summed those weekly numbers to get the annual number they plotted. But the data contains a lot of 'missing' values, and the Tycho faq page specifically mentions that 'missing' values are different from a value of zero ...

If you have 11 weeks with 'missing' data (such as Alabama in 1932), and you simply sum the other 41 weeks that do have data, and call that the annual rate ... I'm thinking that probably under-reports the true annual value somewhat(?) Therefore, in hopes of getting a more valid value to plot, I calculate the weekly average (rather than the yearly sum).

Here are links to my plots for all 7 diseases:  Measles, Hepatitis A, Mumps, Pertussis, Polio, Rubella, and Smallpox.

So, now for the big question ... have you ever had any of these diseases?