Univariate estimates of the CDF

In terms of data analysis, a histogram is an estimate of a density function. So is a kernel density estimate. Consequently, there are three popular methods for estimating a CDF from data:

Let's compare the first and last methods to estimate the CDF. For data, use the MPG_City variable from the Sashelp.Cars data. 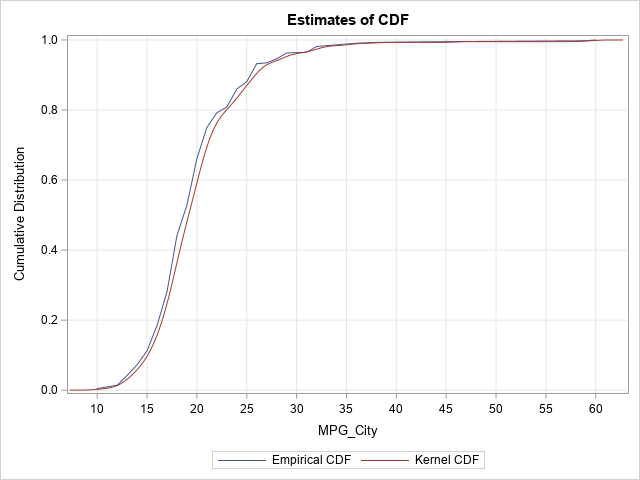 The two estimates are very close. The empirical CDF is more "jagged," whereas the estimate from the kernel density is smoother. You could use either curve to estimate quantiles or probabilities.

Bivariate estimates of the CDF

Now onto the bivariate case. For bivariate data, you cannot use PROC UNIVARIATE (obviously, from the name!), but you can still use PROC KDE. Instead of using the UNIVAR statement, you can use the BIVAR statement to compute a bivariate KDE. Let's look at the joint distribution of the MPG_City and Weight variables in the Sashelp.Cars data: 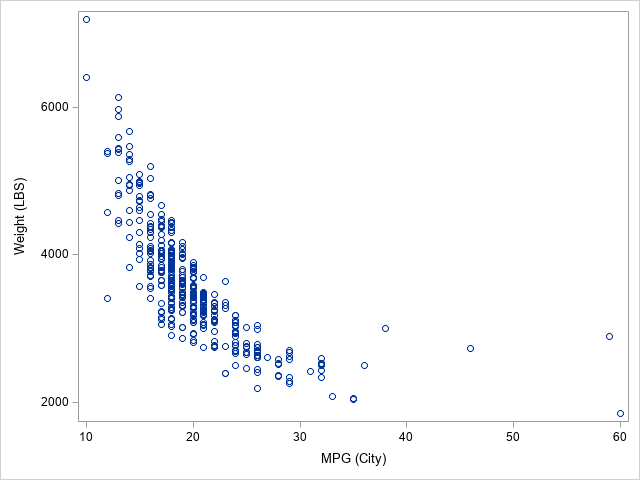 The scatter plot shows that the density of these points is concentrated near the lower-left corner of the plot. You can use PROC KDE to visualize the density. The PLOTS= option can create a contour plot and a two-dimensional histogram, as follows: 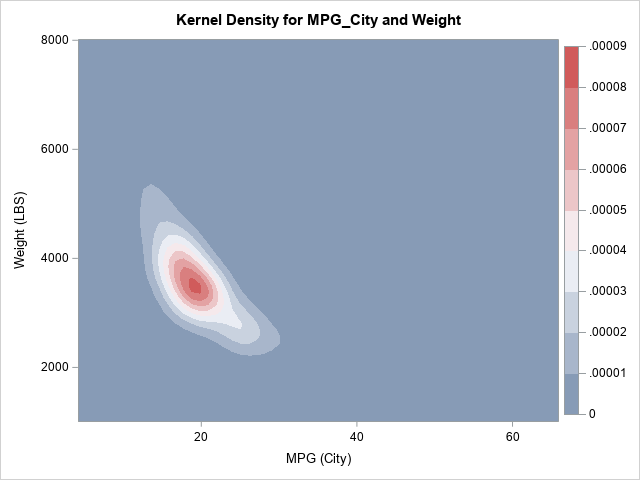 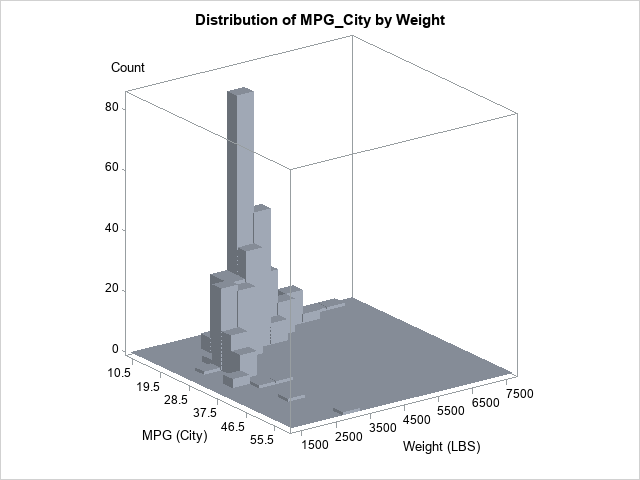 The OUT= option writes a SAS data set that contains the estimates for the density; the CDF option adds the cumulative distribution estimates. The column names are Value1 (for the first variable on the BIVAR statement), Value2 (for the second variable), and Distribution (for the CDF). I have renamed the variables to X, Y, and CDF, but that is not required. You can plot use a heat map (or a contour plot) to visualize the bivariate CDF, as follows: 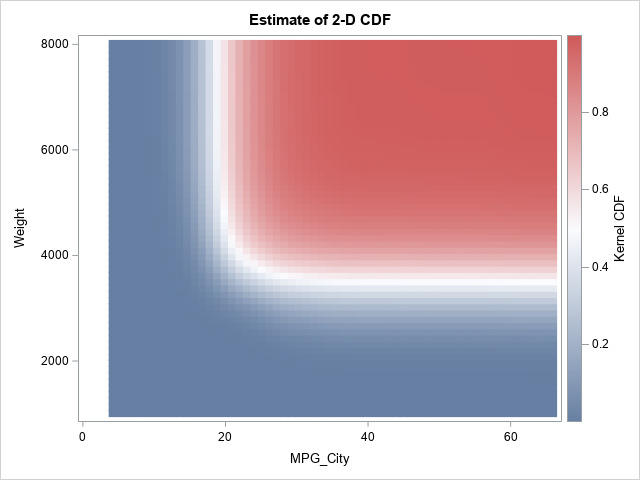 The CDF of bivariate normal data

The CDF is not used very often for bivariate data because the density function shows more details. In some sense, all CDFs look similar. In the previous example, the two variables are negatively correlated and are not linearly related. For comparison, the following program uses the RANDNORMAL function in SAS/IML to generate bivariate normal data that has a positive correlation of 0.6. (I have previously shown the empirical CDF for this data, and I have also drawn the graph of the bivariate CDF for the population.) The calls to PROC KDE and PROC SGPLOT are the same as for the previous example: 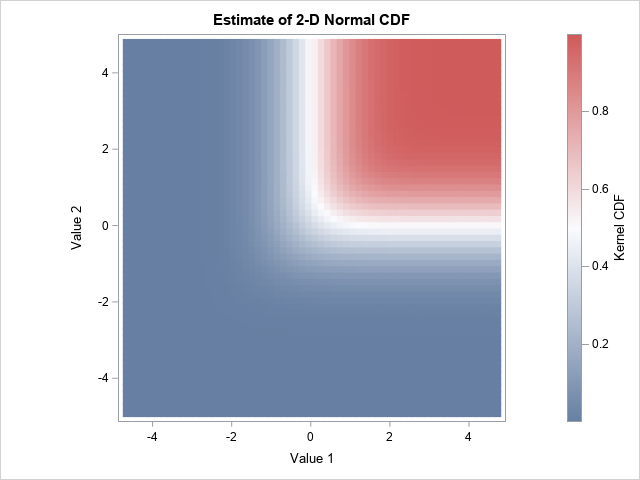