Readers' comments indicate that my previous blog article about computing the area under an ROC curve was helpful. Great! There is another common application of numerical integration: finding the area under a density estimation curve.

The Importance of Density Estimation and Integration

For example, if you sample the cholesterol of N women, you can use that information to estimate the probability that the cholesterol of a random woman in the population is less than 200 mg/dL (desirable), or greater than 240 mg/dL (high), or between any two specified values.

To be concrete, consider the cholesterol of 2,873 women in the Framingham Heart Study as recorded in the SAS data set SASHELP.Heart, which is distributed with SAS/GRAPH software in SAS 9.2. You can use the UNIVARIATE procedure to construct a histogram and various parametric and nonparametric density estimates of the cholesterol variable. The following statements use the VSCALE= option to set the vertical scale of the histogram to the density scale: 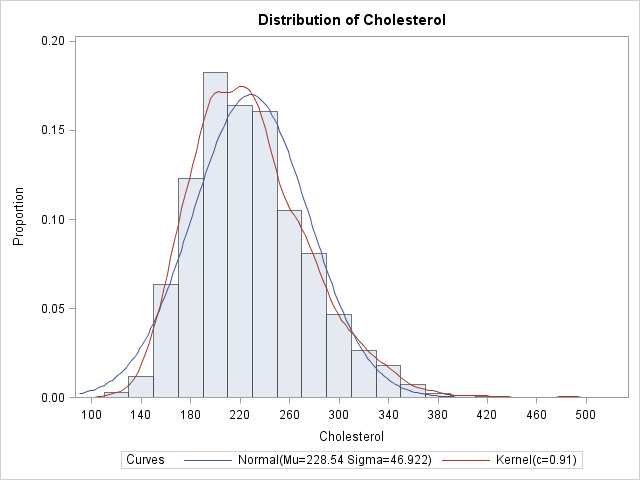 The histogram is a density estimate, as are the normal and kernel density curves. Each can be used to estimate the probability that the cholesterol of a random woman in the population is within a certain range of values.

Empirical Estimates from the Data 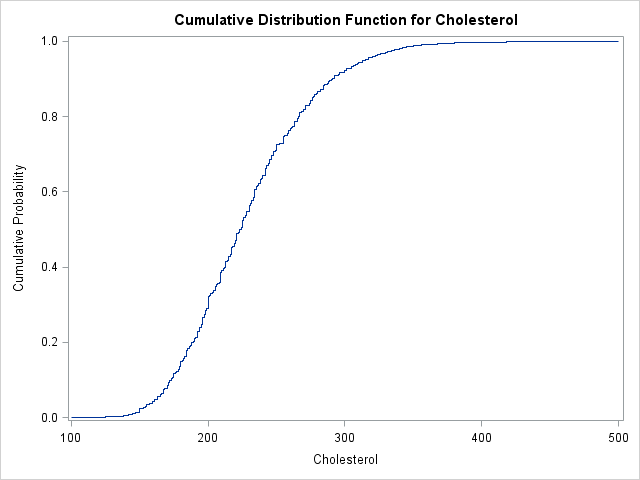