This article demonstrates the probability integral transformation and its close relative, the inverse CDF transformation. These transformations are useful in many applications, such as constructing statistical tests and simulating data.

Let's look at an example. The following SAS DATA step generates a random sample from the Gamma distribution with shape parameter α=4. At the same time, the DATA step computes U=F(X), where F is the CDF of the gamma distribution. A histogram of the U variable shows that it is uniformly distributed: 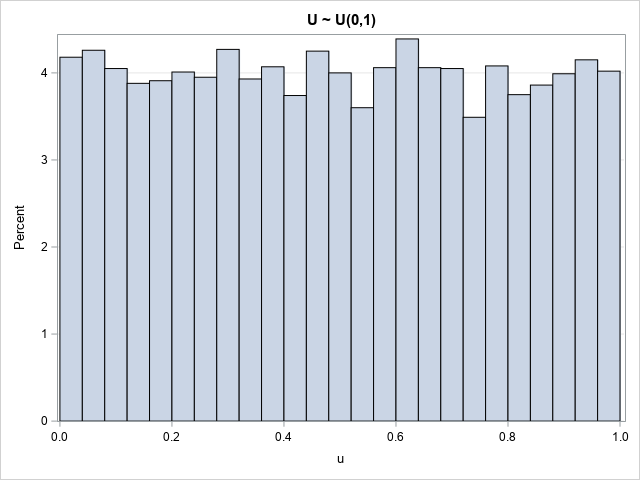 It is also useful to run the CDF transform in reverse. That is, start with a random uniform sample and apply the inverse-CDF function (the quantile function) to generate random variates from the specified distribution. This "inverse CDF method" is a standard technique for generating random samples.

The following example shows how it works. The DATA step generates random uniform variates on (0,1). The variates are transformed by using the quantiles of the lognormal(0.5, 0.8) distribution. A call to PROC UNIVARIATE overlays the density curve of the lognormal(0.5, 0.8) distribution on the histogram of the simulated data. The curve matches the data well: 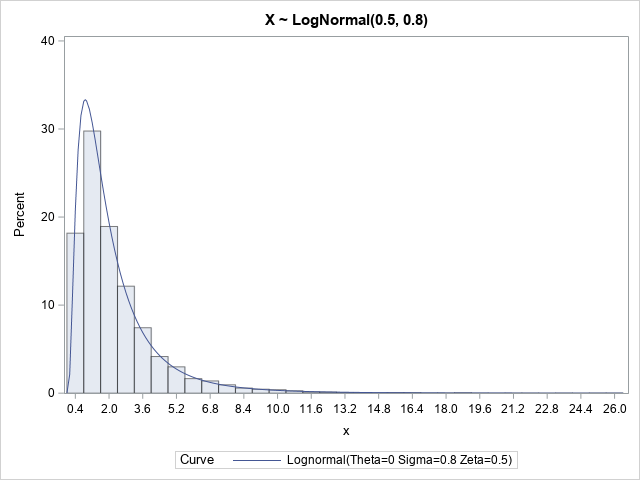 Let's use the default binning algorithm to create a histogram of the uniform data: 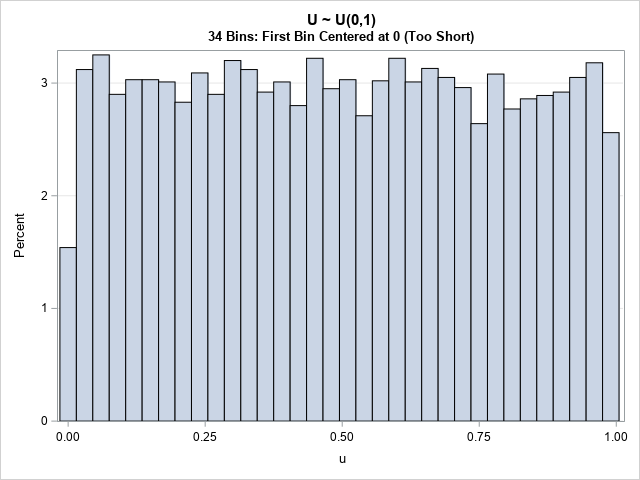 Notice that the first bin is "too short." The first bin is centered at the location U=0. Because the data cannot be less than 0, the first bin has only half as many counts as the other bins. The last bin is also affected, although the effect is not usually as dramatic.