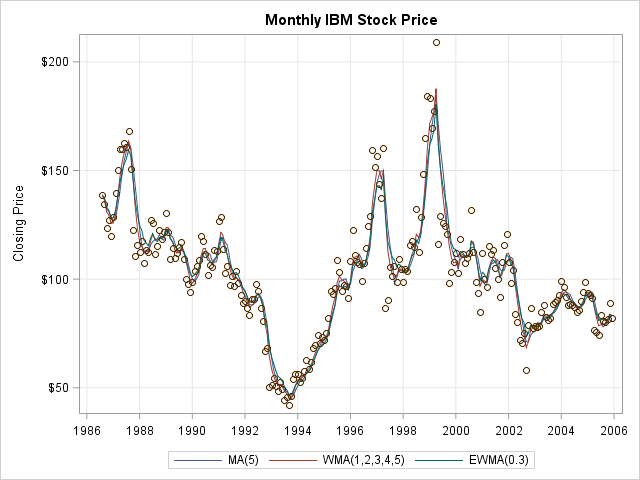 How do you define a moving average?

Each of these definitions contains an ambiguity for the first few values of the moving average. For example, if t < k, then there are fewer than k previous values in the MA and WMA methods. Some practitioners assign missing values to the first k-1 values, whereas others average the values even when fewer than k previous data points exist. For the EWMA, the recursive definition requires a value for EWMA(0; α), which is often chosen to be y0.

My next blog post shows how to compute various moving averages in SAS. The article shows how to create the IBM stock price example, which is a time series plot overlaid with MA, WMA, and EWMA curves.