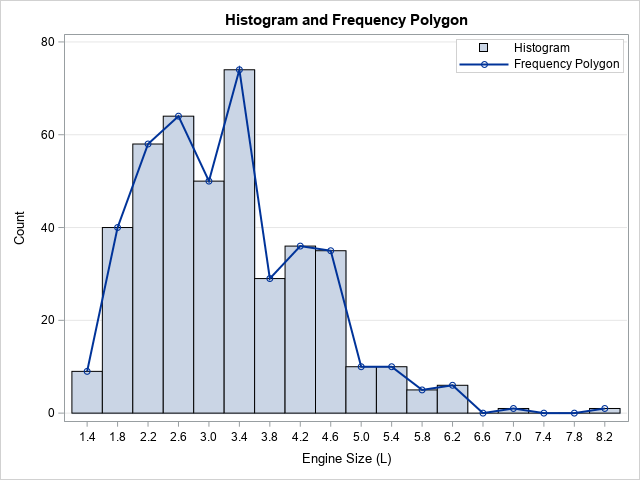 Create a frequency polygon in SAS

If you do not like the default width of the histogram bins, you can use the MIDPOINTS= option to specify your own set of midpoints. For example, the following statements create a histogram for the EngineSize variable in the Sashelp.Cars data set. You can use the SERIES statement in PROC SGPLOT to create a line plot that displays the vertical height of each histogram bar, as follows: 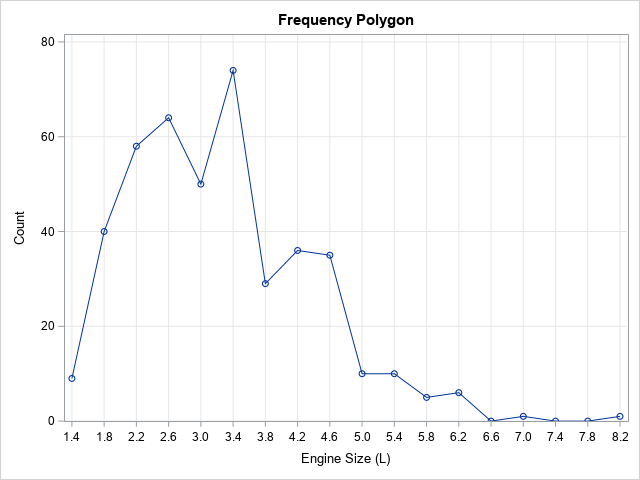 Overlay a frequency polygon and a kernel density estimate 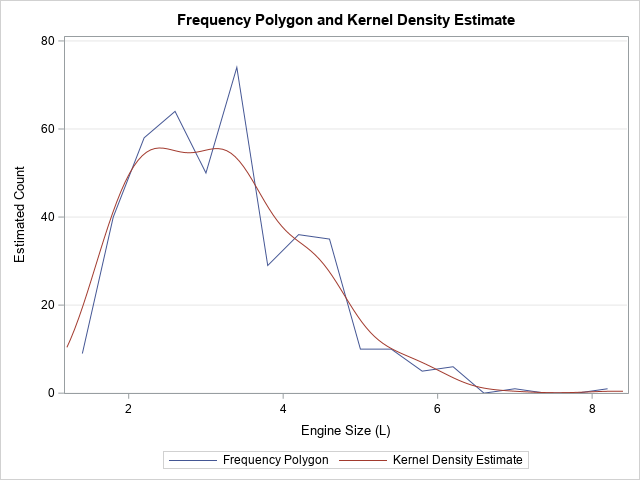 As shown in the graph, a kernel density estimate is a smoother version of the frequency polygon.

One final remark: I don't like the name "frequency polygon." A polygon is a closed planar region formed by connecting a set of points and then connecting the first and last points. The density estimate in this article is not closed. I would prefer a term such as "frequency polyline" or "frequency curve," but "polygon" seems to be the standard term that appears in introductory statistics textbooks.