The LINEPARM statement in PROC SGPLOT is easy to use. For a single line, you use the X= and Y= keywords to specify a point that the line passes through. You use the SLOPE= option to specify the slope of the line.

The most common diagonal reference line is the identity line y = x. This is useful for comparing data before and after an intervention. For example, the following SAS DATA step specifies the weights for 15 women in an eight-week weight loss program. You can plot each woman's weight before and after the program. It is useful to add the identity line so that you can see at a glance whether each woman lost weight or not. The weights of women who lost weight appear below the identity line. Women who did not lose weight appear on or above the line, as shown in the following: 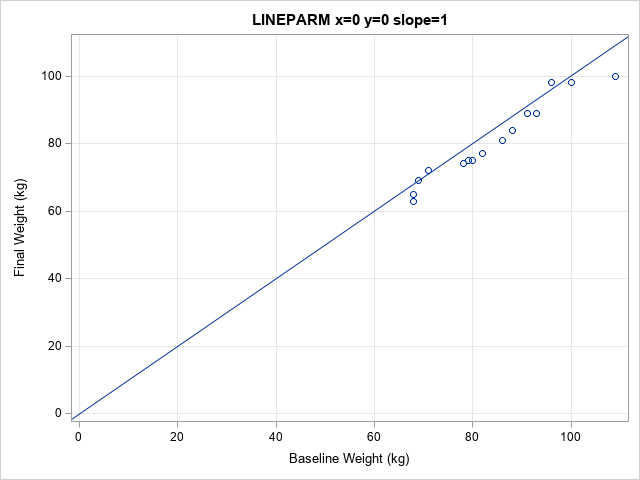 In this graph, most markers are below the line, which indicates that most women lost weight. Notice, however, that most of the markers are squashed into the upper right portion of the graph. The graph shows origin (0, 0) because I used X=0 Y=0 to specify a point on the line. You can eliminate the wasted space by specifying the CLIP option on the LINEPARM statement. The CLIP option tells PROC SGPLOT to ignore the LINEPARM statement when setting the range for the axes. This is shown in the following call: 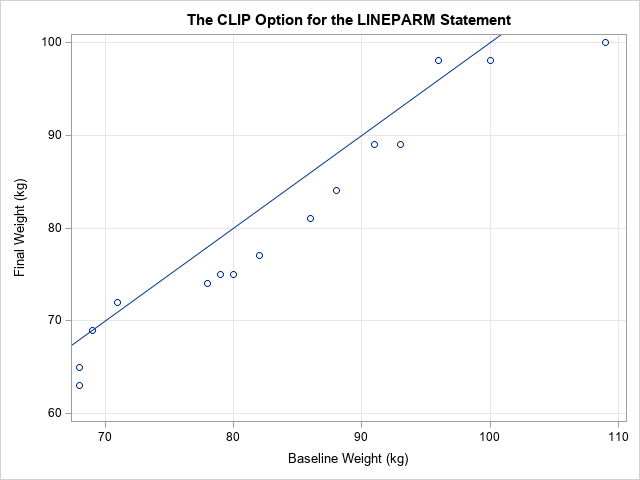 This graph is preferable in most situations. The range of the axes are based only on the data (not the line), so you can see the data more clearly. 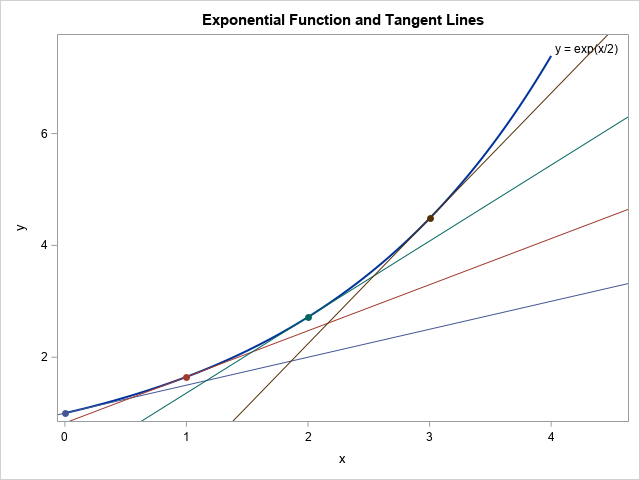 The graph shows four tangent lines. The points and slopes that determine the tangent lines are in the Lines data set. Those parameters are concatenated with the data for the curve so that the curve and the tangent lines can be drawn on a single graph. The LINEPARM statement reads the X0, Y0, and Slope variables and uses the values to draw the lines.

As you can see from the graphs in the previous section, the LINEPARM statement draws a line that spans the full length of the graph. Sometimes you might want to display a line segment instead. The VECTOR statement in PROC SGPLOT enables you to draw a line segment that starts at an initial point, (x0, y0), and ends at a final point, (xf, yf). By default, the VECTOR statement draws an arrow at the end point. 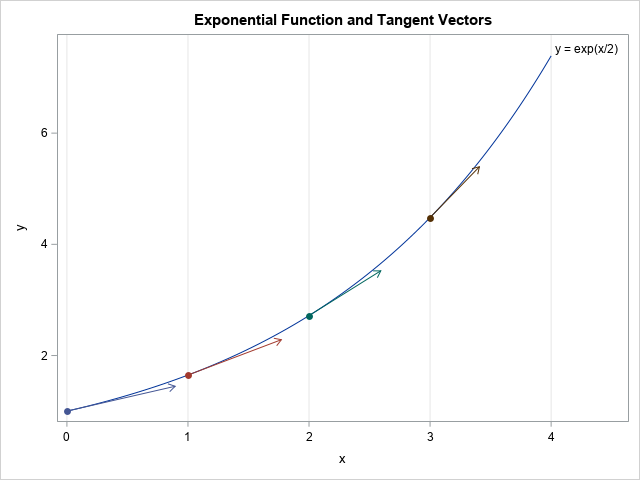 In summary, you can use the LINEPARM statement in PROC SGPLOT to add diagonal lines to a graph. The lines span the graph from border to border. If you want to plot a line segment or an arrow, you can use the VECTOR statement.