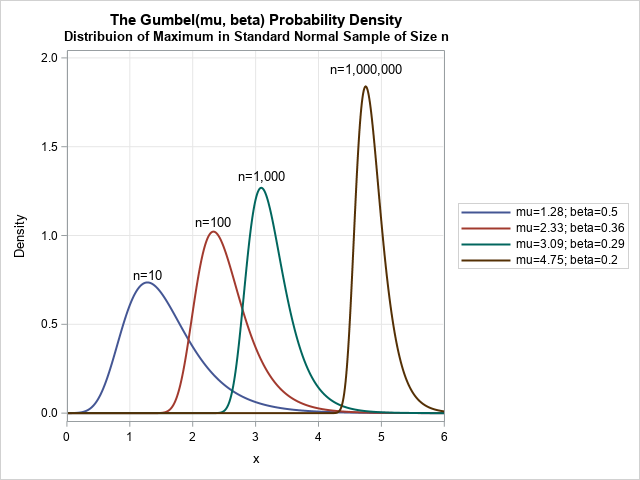 Essential functions for the Gumbel Distribution

Using these definitions, you can implement the functions as inline functions, or you can create a function call, such as in the following SAS/IML program: 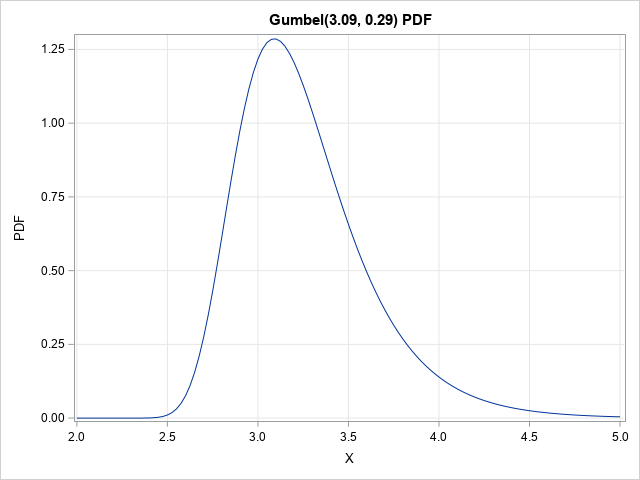 Plot a family of Gumbel curves

I recently discussed the best way to draw a family of curves in SAS by using PROC SGPLOT. The following DATA step defines the PDF and CDF for a family of Gumbel distributions. You can use this data set to display several curves that indicate how the distribution changes for various values of the parameters. 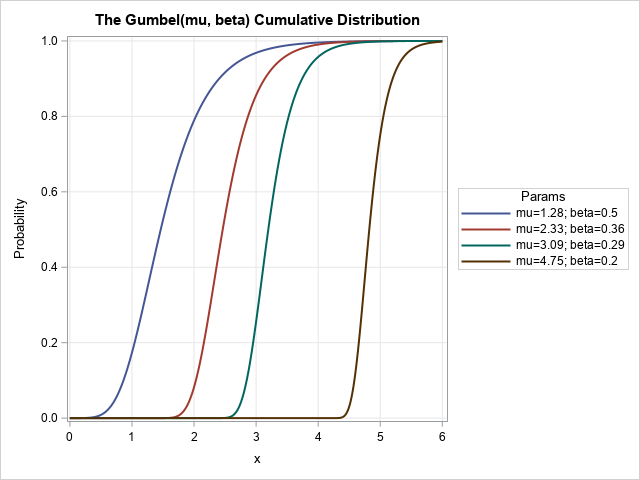 For completeness, I will mention that you can use the RAND function to generate random values and use PROC UNIVARIATE to fit Gumbel parameters to data. For example, the following DATA step generates 5,000 random variates from Gumbel(1.28, 0.5). The call to PROC UNIVARIATE fits a Gumbel model to the data. The estimates for (μ, σ) are (1.29, 0.51). 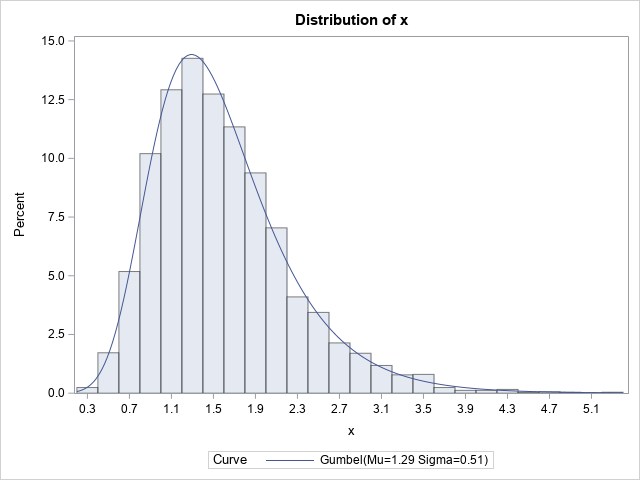