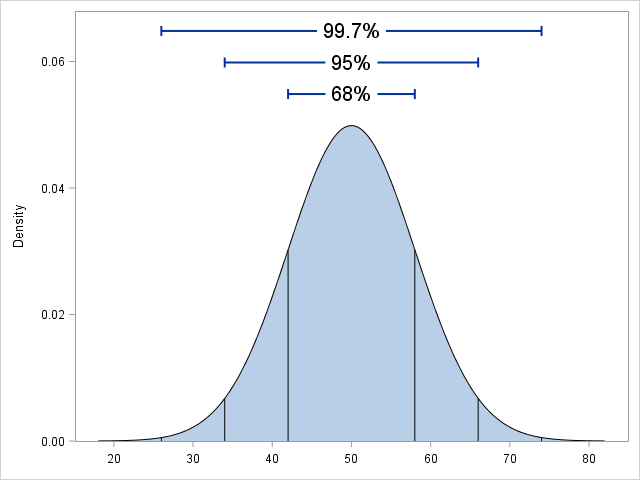 A reader commented on last week's article about constructing symmetric intervals. He wanted to know if I created it in SAS.

Yes, the graph, which illustrates the so-called 68-95-99.7 rule for the normal distribution, was created by using several statements in the SGPLOT procedure in Base SAS 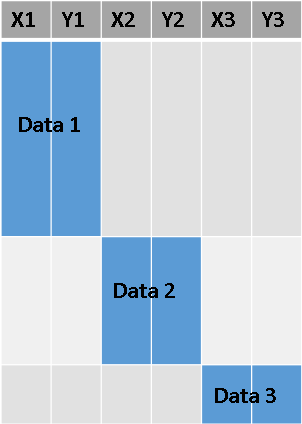 If you follow some simple rules, it is easy to use PROC SGPLOT the overlay multiple curves and lines on a graph. The key is to organize the underlying data into a block form, as shown conceptually in the plot to the right. I use different variable names for each component of the plot, and I set the values of the other variables to missing when they are no longer relevant. Each statement uses only the variables that are relevant for that overlay.

The following DATA step creates the data for the 68-95-99.7 graph. Can you match up each section with the SGPLOT statements that overlay various components to create the final image?