There is a simpler way to simulate the correlation estimates: You can directly simulate from the Wishart distribution. Each draw from the Wishart distribution is a sample covariance matrix for a multivariate normal sample of size N. If you convert that covariance matrix to a correlation matrix, you can immediately extract the off-diagonal elements, as shown in the following SAS/IML statements: 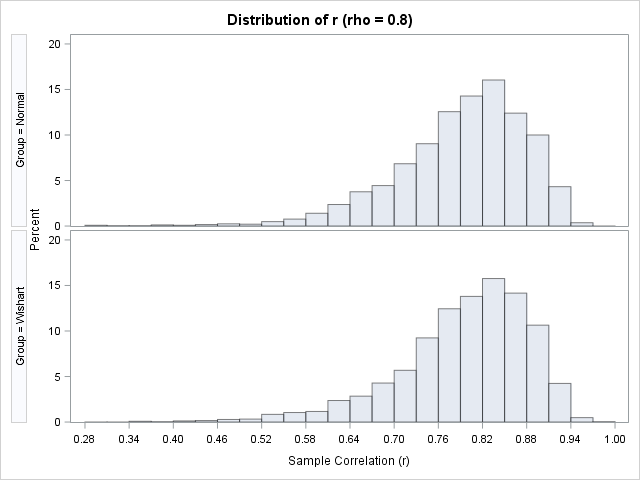 Visually, the histograms appear to be similar. You can use PROC NPAR1WAY to run various hypothesis tests that compare the distributions; all tests support the hypothesis that these two distributions are equivalent.

If you'd like to see the complete analysis, you can download the SAS program that runs both simulations and compares the resulting distributions.