Do you have many points in your scatter plots that overlap each other? If so, your graph exhibits overplotting. Overplotting occurs when many points have similar coordinates. For example, the following scatter plot (which is produced by using the ODS statistical graphics procedure, SGPLOT) displays 12,000 points, many of which are plotted on top of each other. 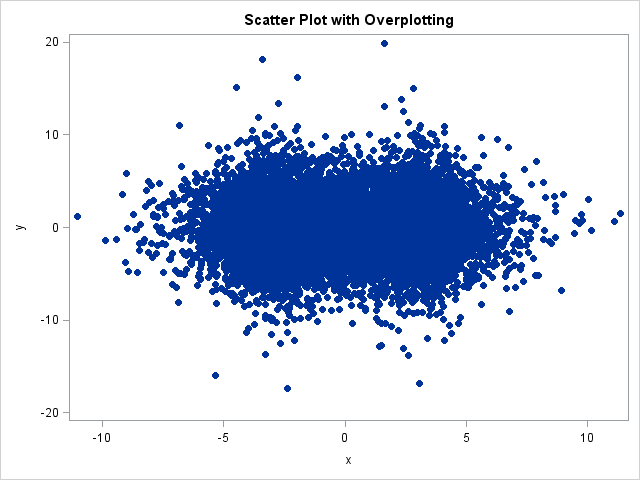 One of the techniques I use is the "transparency trick" for visualizing scatter plots that suffer from a large amount of overplotting.

When a colleague recently came to me with a scatter plot that was dense with points, I suggested that he try the TRANSPARENCY= option in the SGPLOT procedure. This option enables you to specify a value between 0 and 1 that determines the transparency of the markers that are used in the scatter plot. A value of 0 indicates that all markers are opaque. As you increase the transparency factor, singleton markers fade away, whereas areas of the plot that have a high density of overlapping points remain dark.

That one option makes a huge difference in the plot and enables you to visualize areas that have a high density of points. For example, the following statements display a scatter plot of the same data, but the markers are highly transparent: 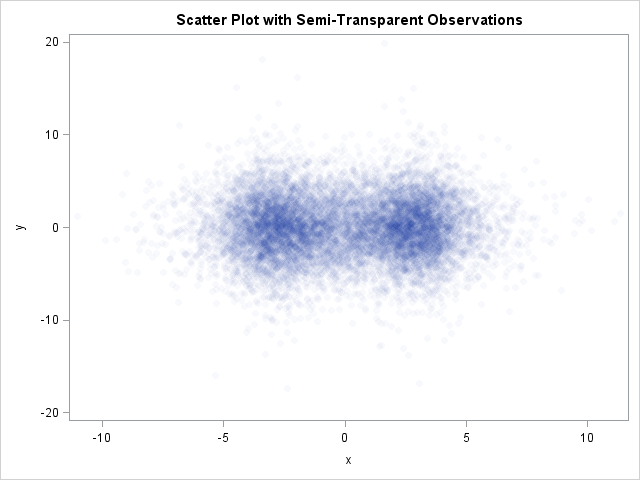 The new scatter plot makes it easy to see that there is a high density of points near -3 and +3 on the horizontal axis. Consequently, a scatter plot with a large transparency factor is sometimes called the "poor man's density estimator." 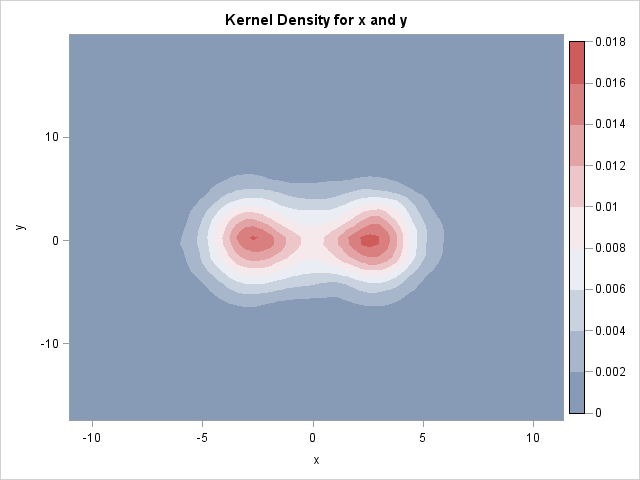