When I wake up early to write my blog, I often wonder, "Is anyone going to read this?"

I started writing The DO Loop in September, 2010. Since then, I've posted about 60 entries about statistical programming with SAS/IML software. Since this is a statistical blog, it is interesting to gather data to determine which posts were most popular, as measured by the number of people who read the entry.

Posts that were published earlier in the year have a greater chance of appearing on the "most read" list. I did not normalize the data by the length of time since the article first appeared.

The first few entries were read much more than latter entries. The following line plot shows the popularity of each post, relative to the #1 (most popular) post. You can see that there isn't much difference in the popularity of #5–#7, and the same for #8–#10. 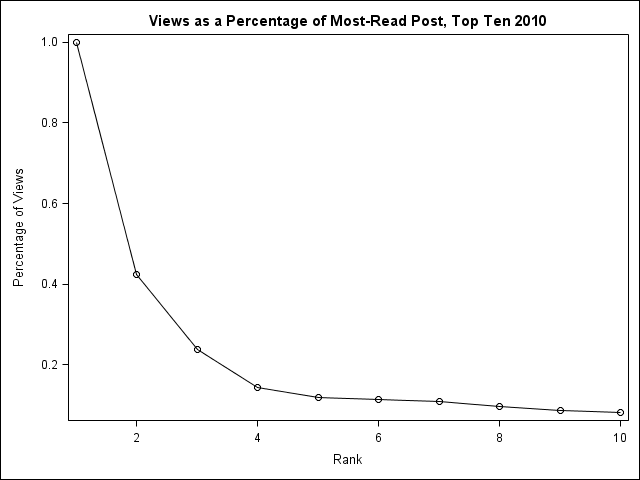 Readers, which posts did you find the most interesting or the most useful? What topics would you like to see (or see more of) in the new year? Post a comment.