In my book Simulating Data with SAS, I show how to use the SAS DATA step to simulate data from a logistic regression model. Recently there have been discussions on the SAS/IML Support Community about simulating logistic data by using the SAS/IML language. This article describes how to efficiently simulate logistic data in SAS/IML, and is based on the DATA step example in my book.

The SAS documentation for the LOGISTIC procedure includes a brief discussion of the mathematics of logistic regression. To simulate logistic data, you need to do the following:

Presumably you are simulating the data so that you can call PROC LOGISTIC and obtain parameter estimates and other statistics for the simulated data. So, optionally, Step 5 is to write the data to a SAS data set so that PROC LOGISTIC can read it. Here's a SAS/IML program that generates a single data set of 150 simulated observations:

The SAS/IML statements for simulating logistic data are concise. A few comments on the program:

What do the simulated data look like? The following call to SGPLOT produces a scatter plot of the X1 and X2 variables, with "events" colored red and "non-events" colored blue: 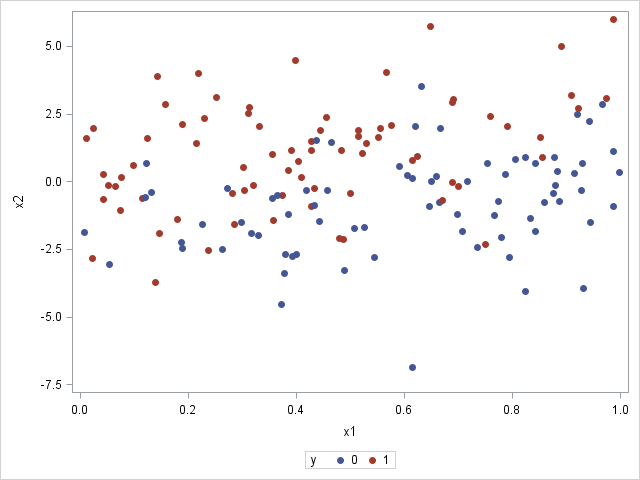 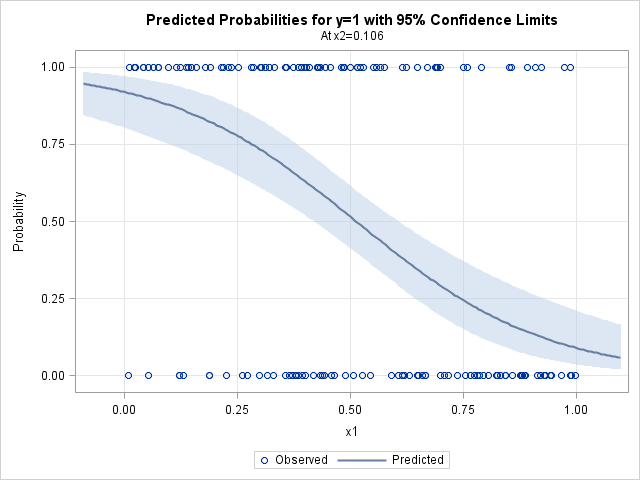