A recent question on a SAS Discussion Forum was "how can you overlay multiple kernel density estimates on a single plot?" There are three ways to do this, depending on your goals and objectives.

Sometimes you have a single variable and want to overlay various density estimates, either parametric or nonparametric. You can use the HISTOGRAM statement in the UNIVARIATE procedure to accomplish this. The following SAS code overlays three kernel density estimates with different bandwidths on a histogram of the MPG_CITY variable in the SASHelp.Cars data set: 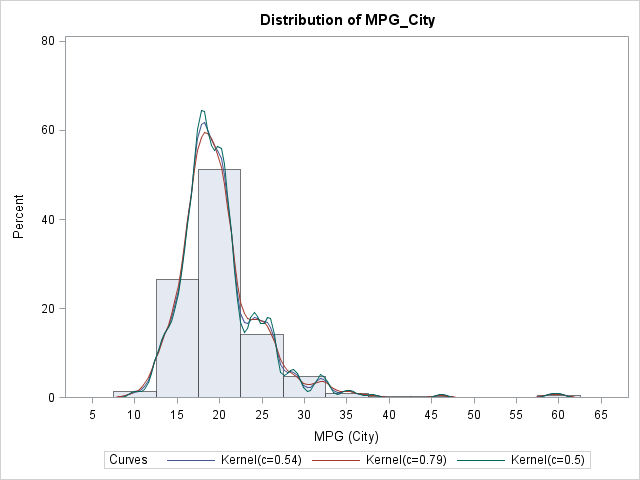 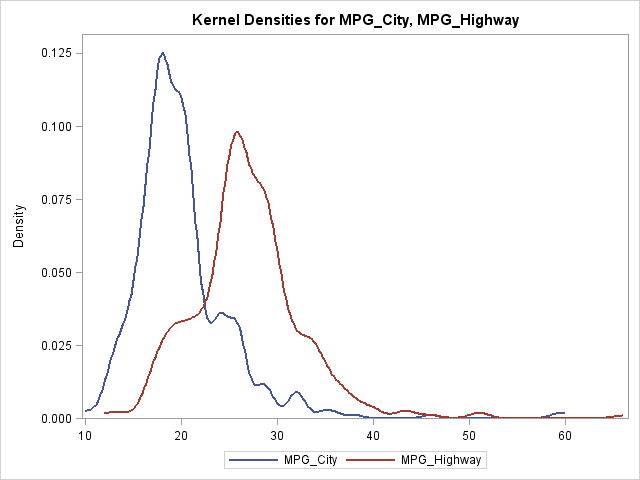 There are three ways to get density estimates in a data set:

For some of these situations, you might need to transpose a data set from a long format to a wide format. For extremely complicated graphs that overlay multiples density estimates on a histogram, you might need to use PROC SGRENDER and the Graphics Template Language (GTL).

If you prefer to panel (rather than overlay) density estimates for different levels of a classification variable, the SAS & R blog shows an example that uses the SGPANEL procedure.