Today is the 70th anniversary of the Japanese attack on Pearl Harbor. The very next day, America declared war.

During a visit to the Smithsonian National Museum of American History, I discovered the results of a 1939 poll that shows American opinions about war at the start of the European conflict. (I could not determine from the exhibit whether the poll was taken before or after the invasion of Poland by Germany in September 1939.) Although most Americans (83%) favored the Allies, more than 50% of those surveyed supported either providing no aid to either side (25%) or selling supplies to both sides (29%).

I was also amused by the 13.5% who thought the US should fight with the allies "if they are losing." 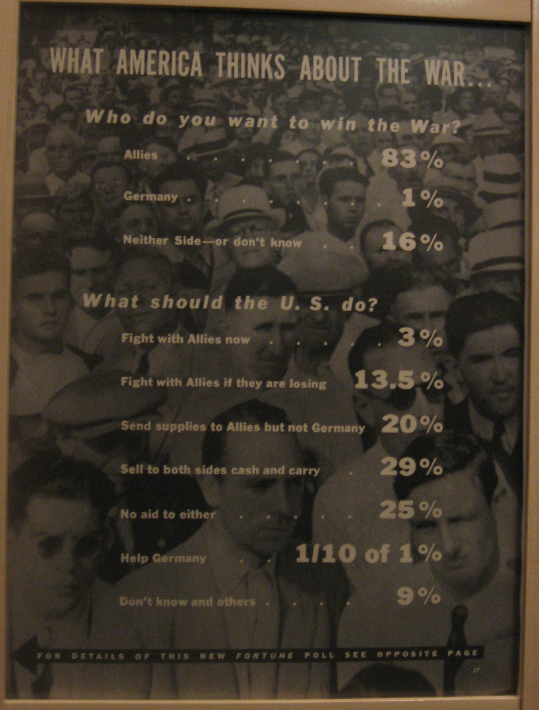 In addition to wide range of opinions about who to support in Europe, two statistical aspects of this table jumped out at me:

Why do you think the editor displayed the survey results as he did? Do you think this data would be better visualized as a graph, or does the table do a better job?