Based on your answers to the three questions above, you can identify whether PUT() or INPUT() comes first. Keep these four rules in mind when writing your SAS statements:

The following examples show how to use these rules to convert from character/numeric or  numeric/character:

B  PUT() converts numeric variable to a character variable with numeric value. 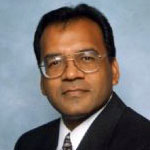 Sunil Gupta is a presenter at SAS Global Forum and a contributor to SAS Users blog. You may reach him at SAS Savvy—Smarter SAS Searches.