Let me make this clear right from the start: I needed to answer 44 of the 62 exam questions correctly to earn my BASE SAS Programmer certification, and I got exactly 44 right.  No margin of error.  I never thought I’d be proud of a 70%, but I’m more than happy to make an exception in this case.  Woot, Woot!!

This marks my second SAS certification in as many months, the first being Statistical Business Analyst – Regression and Modeling.  Which brings me to another point on which I must be clear:  I am neither a programmer nor a statistician, just a finance guy in a marketing role, developing an internal corporate thought leadership program.

Before I answer the obvious “How did you do it?” question, some brief context would be in order.  While my finance background, education and experience, along with eight years in marketing at SAS, has undeniably exposed me to a considerable measure of statistics and programming, it has only been since I started my most recent educational endeavor a year ago that the idea of getting SAS certified ever entered my mind.

Certification was the latest step in my never-ending quest to remain relevant and add value in a rapidly changing employment environment. (It seems like downsizing has become a standard business practice; I haven’t voluntarily left an employer in over 30 years, but SAS is employer #4!).  I am also pursuing an online master’s degree in Analytics, and I’m happy to report that SAS has been an integral component of my first two statistics courses.

How did a non-practitioner like me get SAS certified twice?

Daily, hands-on practice would of course be the best option, but not working in software development or as a programmer, I had to take a different approach.  My in-class homework projects using SAS were of course extremely beneficial, but not sufficient in themselves – simply not complex enough to meet the requirements for certification.

The place to start, at least for me, was with the SAS self-paced e-Learning courses: Programming 1 and Programming 2 for the BASE SAS certification, and Statistics 1 and Statistics 2 (ANOVA and Regression) for the Statistical Business Analyst certification.   All I can say at this point, after eight years at SAS with these resources so easily available to me:  Why didn’t I start sooner?

At my age I understand my own learning style pretty well:  1) Auditory, and 2) I need to understand the overall framework first so that later I have a home for the details.  The e-Learning courses fit both of those requirements to a “T”. They allowed me to go back and re-listen to each module as many times as I like;  I simply went through each module or section casually the first time, trying to get the overall gist of the concept, before returning a second, third and fourth time to take the process more seriously, making written notes for future reference and study.

Here are some pointers to get you started.

Advice #1: After each section, print off both the section SUMMARY and your QUIZ result, and save them in a folder just for this purpose.  Also, print off any INFO material that occasionally pops up – most times it will save you from the painstaking task of writing down details that SAS has already summarized and prepared for you.  I kept a small spiral-bound notebook for each class, and as I already mentioned, took notes as I went.

These notes will be just a starting point – they won’t make much sense to you when you initially write them down, and they won’t make much sense again weeks and months later.  One key to preparing for the certification exam is to go back through your notes, the SUMMARIES, and the QUIZZES and write it all down again, but this time with meaning, and in a more organized manner.

Will those few basic study tips allow you to pass the exam?  By themselves, probably not, but here is perhaps the single most important piece of study advice I can give you.

Advice #2: Think of this process as learning a foreign language.  After all, they do call them programming ‘languages.’  Think back to when you took Spanish (or French or German or English if it’s not your native language) in high school – what was the hardest skill to master?

Learning the meaning of the Spanish word was the easy part, even for the irregular verbs.  Verde = green, escritorio = desk, somos = we are.  And on and on and on, building up your vocabulary.  Learning to read is the easiest skill, followed next by understanding the spoken word.  Here you’re mapping the new read/spoken word to the English word already in your head.

But, going the other way, now that’s really mastering the language - writing and then speaking the foreign language, trying to come up with the Spanish word that’s NOT readily at hand, and which maps to the concept you already know in English.

It’s the same with SAS. It’s one thing to note that the syntax for the column pointer control(s) in the INPUT statement is:

… but it’s quite another to be able to write the code to extract the two variables you want from a larger raw data file with both standard and non-standard data and to know the difference between that and how data is stored and accessed from a SAS data set.

Or, to put it in terms of my foreign language analogy, it’s much easier to translate the ‘foreign’ SAS code Var = SUBSTR (string, start<,length>) into the English of extracting a substring, than it is coming up with the code to extract a substring from a known position and perhaps concatenating it to the end of another variable.  And it’s this English⇒SAS ‘writing’ capability that you need to become proficient at in order to pass the exam.

Advice #3: Assuming, like me, that you are not writing SAS code every day, your next best option is this:  when studying from your notes and the e-Learning modules, once you’ve gotten past the basics, spend less time on the “explanatory” modules and more time on the “demonstration” lessons, where you are constantly being exposed to and working with actual SAS code.  And go back through all the practice / short answer problems as well.  It’s tempting to just review your notes several times and check back with the appropriate “easy” explanatory lesson for clarification, but it won’t be sufficient for the test.

SAS is a language you need to be able to speak, not just so you can pass the exam, but so you can productively use it as well, so spend the up-front time learning to write and speak it.  Unlike me, you might even pass the exam with a couple of correct answers to spare! 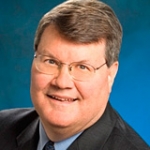