The old saying KISS (Keep It Simple) can be applied to just about anything, including sports analytics. Here I use SAS to create some simple charts to analyze a winning soccer team...

To get you into the right mood, here is a picture of my friend Jennifer's dog, who loves soccer :) 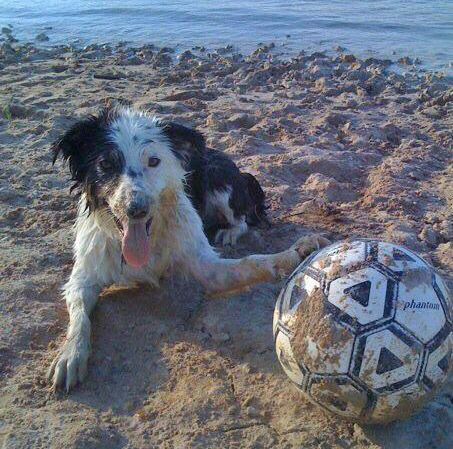 In a previous blog post, I showed several fancy graphs you could use for sports analytics. And with the world cup upon us, I thought it would be interesting to re-use some of those graphs to analyze soccer data. But the more I looked at prior World Cup soccer data, the more I noticed that the simple bar charts actually worked best.

Spain was the winner of the 2010 World Cup, so let's see what was so special about Spain in the tournament games.

First I assumed that the winning team probably scored the most goals. But they were actually in the middle when it came to goals per game: 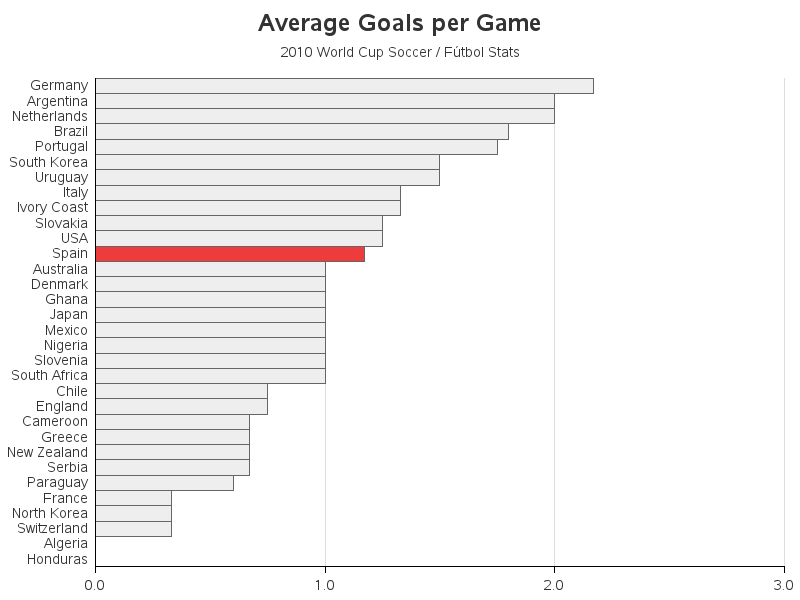 How about the % of shots on target, or the % of their shots that made goals? Nope! They were also right in the middle in those areas too! 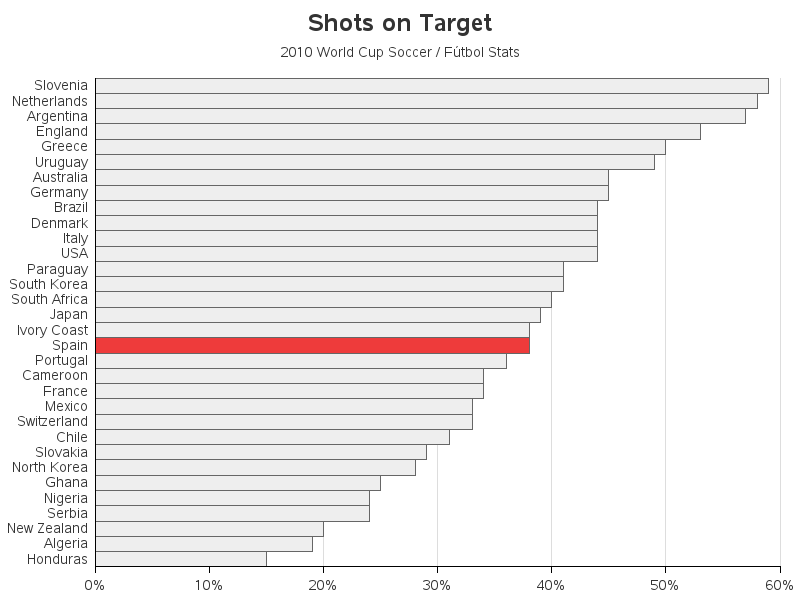 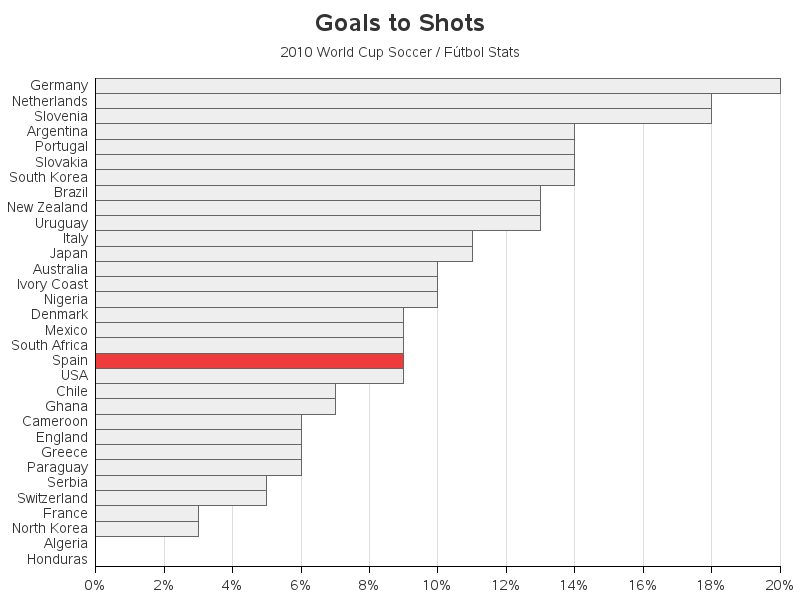 So, where did Spain "stand out" in the graphs? They were #1 in Overall Pass Completion: 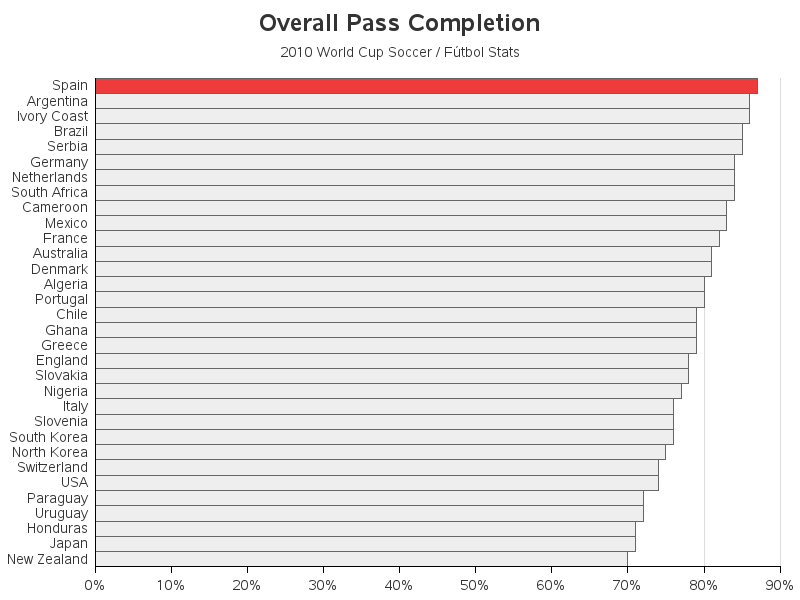 They were #1 in Shots Excl Blocked Shots: 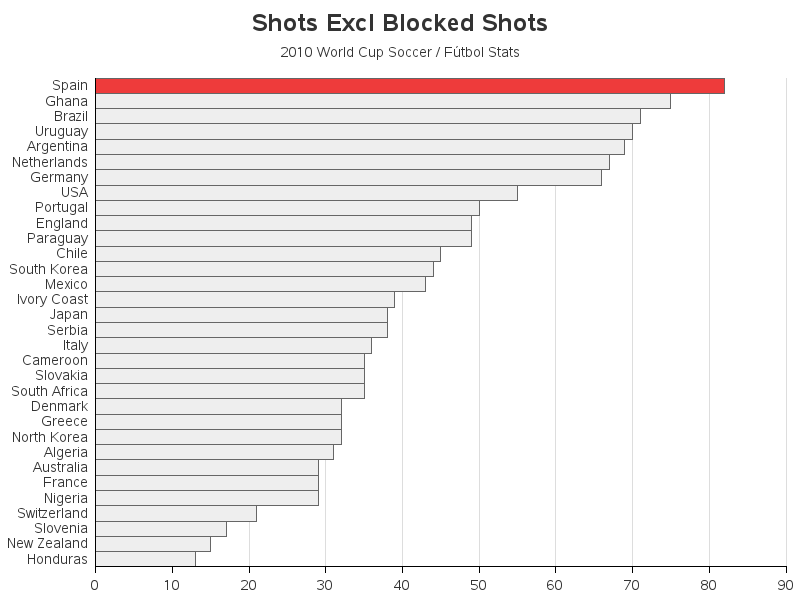 They were #2 for having the least number of Yellow Cards: 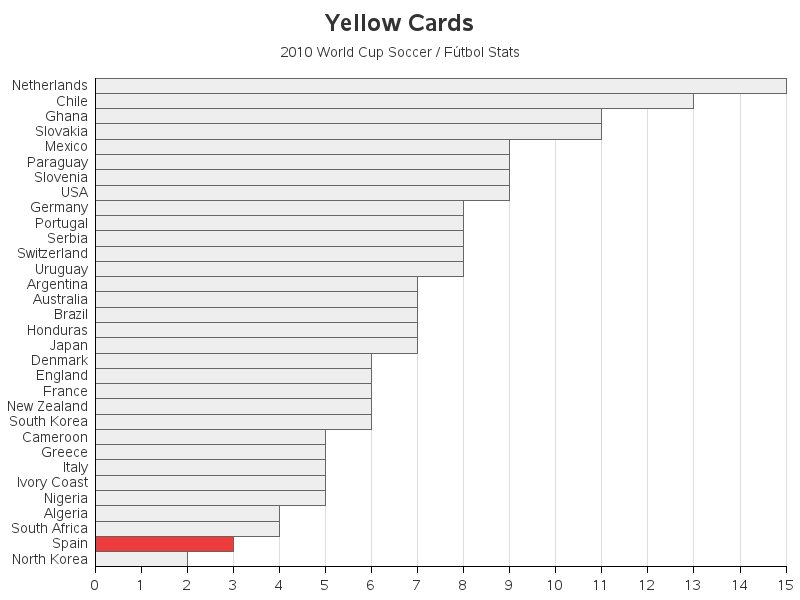 And they were #3 in having the lowest Average Goals Conceded per Game: 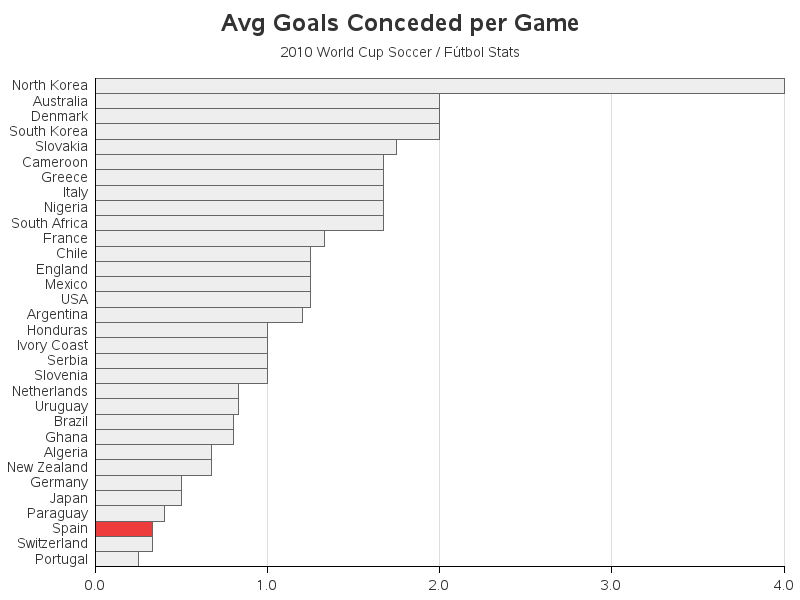 Ok you soccer players & fans - were there any surprises here?!? Can any of you SMEs (subject matter experts) help further explain the data - are these factors important, or just a coincidence? What's your theory on what it takes for a team to win the World Cup, and do you have any data & analytics to help support your theory? :)