A while back, I had seen the following map on the CEOs for Cities website.  It seemed like an interesting topic and an interesting map, but I just couldn't grok what their map was saying ... 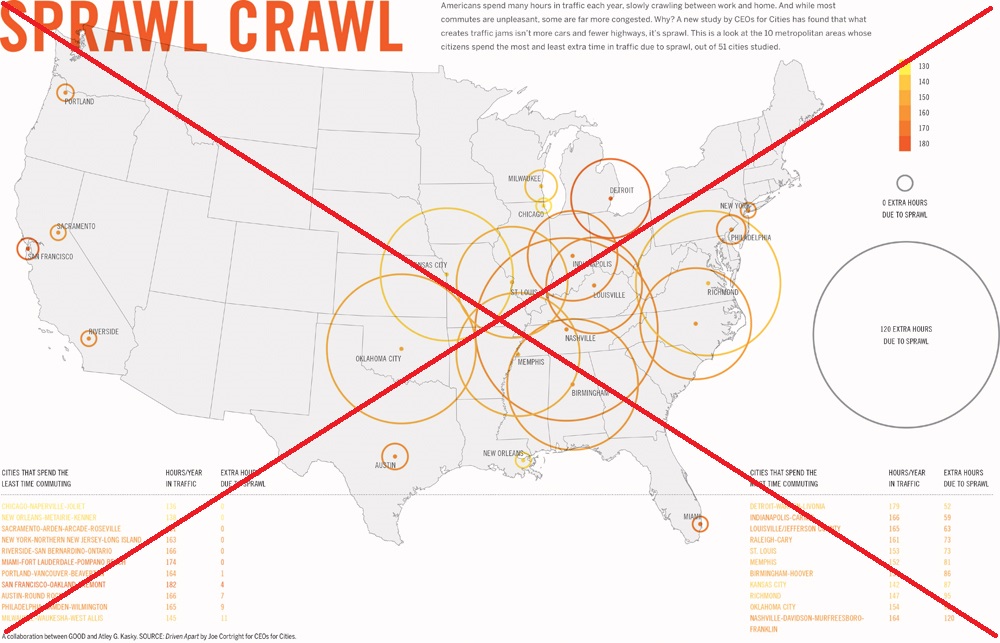 So I decided to download the data and create my own map with SAS.  I used pies as my markers, and I set the size (area) of the pies proportional to the commute time, and I made a red slice in the pie to show what % of the commute time was spent in congested traffic.  My map is not nearly as 'dramatic' as theirs, but I think it provides a better and more intuitive representation of the data.  It basically says that most cities have similar average commute times, but some cities have a much higher percent of that time spent in traffic jams (look for the larger red slices). How do these maps compare to your personal first-hand knowledge of commuting in these cities?   Are LA, Chicago, San Francisco, and DC really the worst?   Do Kansas City and Buffalo have the least traffic jams?

Here's a link to my SAS code, if you'd like to see exactly how I created this map!