Growing up in Michigan, I, like all state residents, learned early on that the lower peninsula of Michigan is shaped like a mitten. This piece of information has served me well all my life; whenever I meet a stranger who wants to know where in Michigan I grew up, I can just point to the base of my thumb!

(Another wonderful geographical fact is that the Upper Peninsula of Michigan looks like a rabbit jumping over the mitten, but that's another story).

Anyway, this geographical discovery turned me into a fan of maps. While other kids read comic books, I read atlases. I can't look up an address on Google maps without spending another hour looking at the map area around the address. If you're a map junkie like me, and you're really lucky, you have a job that requires you to create maps showing how data is distributed geographically--in other words, you get to make your living (or part of it) drawing maps!

Since you're reading this blog, you may have even seen some of the neat maps that other SAS/GRAPH users have created with PROC GMAP and thought: "Gee, I wish there was a course I could take so I could learn to create maps like that!" Well, a lot of people out there told us that, so they locked me in my office and told me I couldn't come out until I developed a course on "Producing Maps with SAS/GRAPH". I'm delighted to say that they let me out of the office and the course is here! You can find out all about the course from our Training Page. Note that the course is available in both Live Web and classroom formats.

What Will I Learn?

You'll begin by learning the basics of mapping with PROC GMAP and creating simple maps of the United States. From there, you'll go on to creating maps of other areas, such as US counties, Canadian Provinces, and all the countries of the world, as well as custom map areas that you can define. You'll also learn about such topics as projecting maps, removing internal boundaries, importing map data from other applications, and creating drill-down maps. Finally, you'll learn how to use the SAS/GRAPH Annotate facility to add lines, text, images, and other objects to your maps. Here's a preview of some of the maps that you'll learn how to create:

For those of you who weren't born with a map of your home territory attached to your wrist, PROC GMAP is a great way to display data geographically. And now, it's easy to learn.

Speaking of maps, I'll leave you with a geographical quiz: What is the only city in the continental (lower 48) United States from which you travel south to cross the border into Canada? 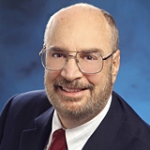