I love to teach SAS programming and in this blog, I hope to share best practices, tips, tricks and answer some frequently asked questions by our SAS users. I’m constantly learning more nuances of SAS and more programming languages like SQL. Why the interest in language? As you probably know, people in Europe and India speak many languages. It’s not unusual to hear of fluency in four, sometimes five, languages! 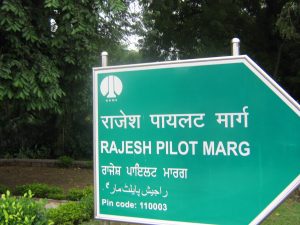 So, let me start this blog with a question for you, dear reader: do squiggles make a script? The answer is yes they do! Take a look at this photo of a road sign I encountered during a recent trip to Delhi in four unique languages. Sometimes language is script-based; sometimes not (like scriptless Tulu which is still hotly debated) meaning people often have to rely on the spoken word. This contrasts greatly with the SAS world, which has well-written help and documentation in case you ever get lost and need to get back on track.

But I digress from my focus. Most of my passion for language can be attributed to growing up in the rich cultural mixing bowl that is India. I like to think that listening to colorful and vibrant sounds and reading a variety of scripted languages helped me to adapt more easily to a rich programming language like SAS.

What does daily language have to do with SAS?

Well, most of us speak in order to make ourselves understood by another. The same can be said with SAS: you learn the programming language in order to communicate your needs effectively to the software. In some ways, this conversation is much like Aladdin and the genie. Have you heard the story? A poor Persian boy named Aladdin is trapped in a cave by an evil magician. There, he finds a dusty lamp which he polishes and polishes until it shines. Magically, a genie appears and utters those famous words: “Your wish is my command.”

I’m sure you know the rest! Aladdin was able to receive anything that he could imagine, that he could properly articulate to the genie. I often tell my students that SAS is exactly the same. SAS can read almost any type of data (I’ll expand on that topic in a future post). With powerful engines working in the background, SAS will do exactly what you tell it to do. This is unlike other programming languages such as SQL which you can tell what to do, but may be surprised by the result! Under the hood, the SQL processor has a mind all of its own that may not quite function in the same way as yours, but more on that later. If I were to boil down this observation to a single sentence, I would sum it up as:

You can tell SQL what to do but not how to do it.
In SAS, what you ask for is what you get (and how you get it ).

I also have a passion for Indian classical music which is a whole other language in itself, a musical language. Didn’t know that Indian classical music exists? Curious to know more? Check out my concert, and remember to turn up your speakers! You know, a musician loves to create, her biggest reward is the beauty of song. But something else she loves is to get some feedback, so do leave a comment if you can.

So what does music have to do with SAS?

A lot of my chosen form of music is written in Sanskrit, an ancient language like Greek and Latin. Just as SAS has over 200 procedures to shape and transform your data, Sanskrit has, for example, 65 words to describe various forms of earth, 67 words for water, and over 250 words to describe rainfall! Sanskrit is thought to be the closest to computer language of all the world’s spoken dialects because of its relatively regular and ordered structure. Amazingly rich and versatile and yet precise, it still keeps time with grammar rules laid down about 2000 years ago. Add that to 26 languages of that world, and you can appreciate the power of a concert that is effortlessly able to pull these together. Just like SAS code is platform independent – the code speaks across Windows, Unix or mainframe platforms – so too does Sanskrit speak across the 26 language groups of India to reach one truth, one beautiful, harmonious message. And just like SAS software, the end result invariably makes you smile!

So that’s a little of my background and what makes me tick. It’s what inspires my curiosity about language and why I love to teach SAS to our customers using rich analogies, examples and real life situations that can help them achieve their goals of business success.

I do write this blog with a hint of trepidation, wondering if I know enough to share? Surely there are expert SAS users out there that know so much more? But the words of my 80-year old music teacher come back: “What you have to share is unique that you draw from your experiences. Others will surely benefit from and contribute. So you have to share!”

What about you? What prompted you to learn SAS? What do you find special and intriguing about SAS that exists nowhere else? I’d love to hear your stories! 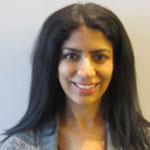