When Andy Williams first sang "It's the Most Wonderful Time of the Year," I don't think he had visions of Computer Science Education Week and millions of students completing an Hour of Code. He may not even have known that this "time of the year" includes Grace Hopper's birthday. But what a wonderful time it's become--a joyful tradition that began just a few years ago.

At SAS, Computer Science Education Week is a celebration filled with a flurry of activity. But don't take my word for it; just look at how engaging and empowering computer science can be. Don't forget to share your awesome experiences with #HourOfCode and #CSEdWeek hashtags.

Thank you Mr. Hart from @SAS for talking to our students about data quality today during our @hourofcode activities @reedycreekms ! pic.twitter.com/2BEpmsd9TB

Today we were lucky enough to have Mrs. Harrison from SAS come to our class to do an #HourOfCode with us! Students used QR codes to navigate a Sphero Sprk through an obstacle course! #ComputerScienceEducationWeek #NGMSPride pic.twitter.com/TCkEhvn91J

Today, Bugg students used SAS CodeSnaps to learn Spanish vocabulary words for the seasons and temperatures. Integrating the coding of a Sphero with language immersion resulted in a collaborative, interactive and exciting lesson. @Buggmagnet, #BuggByDesign pic.twitter.com/ERcvdEl76A

#HourofCode and @Sphero was awesome today. Thank you @SAS for coming out and teaching the kids on how coding works and how coding is everywhere. Thanks to Prem and Maddie! @ZESGTMAGNET #cougarpride #EWStrong pic.twitter.com/jjw0nBY0iN

Using #CodeSnaps with #Sphero to score the winning goal! pic.twitter.com/4GCz12x0XF

Thank you to @SASeducator for our @Sphero SPRK prize from your November contest! The kids are thrilled and excited to get coding! #HourOfCode #CodeSnapsGiveaway #kidscancode pic.twitter.com/8JfnBShRdD

From programming #Sphero to retell familiar stories to navigating grid-based activities, students at @BuggMagnet went all in on integrating coding into #ELA during day four of #CSEdWeek. Take a look in the Bugg Report. https://t.co/AWbj1xlnuJ #elemchat #kidscancode pic.twitter.com/P8uv5MDFzx

And check out all the other Computer Science posts from this week and beyond: 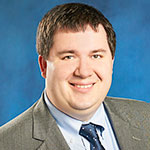