George Bernard Shaw once noted that "England and America are two countries separated by a common language," or perhaps it was Oscar Wilde, or maybe Winston Churchill. At any rate, we find examples of this linguistic divergence in many areas. Automobile terminology seems particularly prone to differences:

And such differences aren't limited to cars:

Since SAS Curriculum Pathways went global, we have found that mathematics terminology follows this same pattern. A few years ago our good friend at the University of Plymouth, David Kaplan, shared this list.

Now some of these differences seem fairly innocuous. For example, parentheses and brackets are certainly interchangeable. Whether you consider sines to be governed by a rule or a law will probably not throw off your calculations. And trapezium actually sounds much more fun than trapezoid.

However, a few of these examples do give a bit of pause. Where exactly did surd come from?

So what do you think, math or maths? 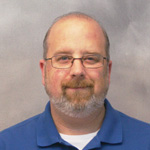