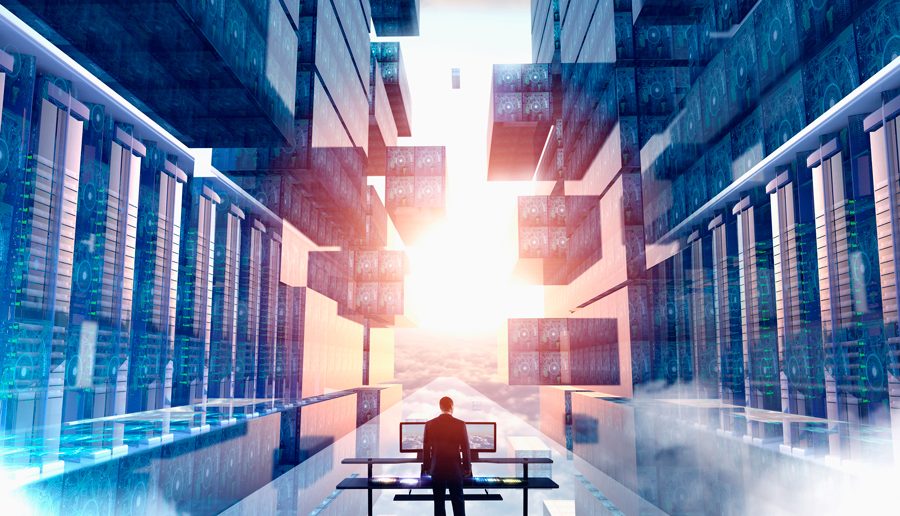 Two tech trends shaping 2018 and beyond

By Oliver Schabenberger on January 18, 2018 4 Comments

Technology is changing rapidly: autonomous vehicles, connected devices, digital transformation, the Internet of Things (IoT), machine learning, artificial intelligence (AI), automation. The list goes on. And it has only begun.

I am often asked, “What is next for SAS? What will the future of analytics look like in 20 years?” My answer is simple: I do not try to predict the future. Instead, I examine the trends in technology and look for disruptive forces that affect the role and approach to analytics.

I do not try to predict the future. Instead, I examine the trends in technology and look for disruptive forces that affect the role and approach to analytics.

If we want smart factories, smart cities, smart automobiles and smart homes, we expect the systems that drive them to be intelligent. That requires active, real-time learning systems that can generalize and optimize from a common set of rules, are always on and can personalize.

Over the last decade, a tremendous amount of effort has gone into optimizing how algorithms train. As a result, AI has made impressive advances, supported by supervised deep learning that trains deep neural networks to perform narrow, single-domain tasks. Although with supervised learning we tell the algorithm the correct answer (the label) as it is exposed to many examples (big data), it is powerful and can create systems with superhuman capabilities.

Scientists at Stanford University trained a neural network to diagnose skin cancer as accurately as board-certified dermatologists. It required nearly 130,000 medical images. Humans learn differently. We do not need such a large amount of data, but we cannot learn as quickly as machines. As a result, it is often faster to train an algorithm than it is to train a human expert.

Still, AI is not intelligent; it is a breathtaking example of algorithmic technology. Precisely because algorithms learn differently than humans, they look at things differently. They can see relationships and patterns that escape us. As Tom Gruber points out in his TED Talk, the conversation we should have is how machines and algorithms can make us smarter, not how smart we can make the machines. Maybe we do not let the algorithm operate the supply chain autonomously, but look to it to suggest optimizations given the current configuration or state of the system. Suggest the next move; it might surprise us.

Our focus is shifting to optimizing how unsupervised methods can relate the patterns of the world and take the best actions in complex environments. And it is achieving impressive performance. DeepMind’s AlphaGo consisted of neural networks trained on expert moves and millions of games. DeepMind’s AlphaGo Zero system trained entirely by playing itself, starting only from the rules of the game. It beat AlphaGo 100 to none. The chess version, Alpha Zero, beat one of the best existing chess programs after only 24 hours of training.

Beginning this year, systems based on reinforcement learning with little supervision will go beyond game play. Supply chain optimization, customer journey, predictive maintenance, data center operation and building automation are examples of a myriad of domains where we have built rule-based systems. We can now quickly train systems that apply these rules more optimally than human-generated logic.

We live in the era of big data. Data volumes will continue to increase, amplified by growing connectivity between us and inanimate objects. And in this era, automation has become a necessity.

Data scientists report that 80 percent of their time is spent wrangling, cleaning and joining data in preparation for analytics. How much sexier would the “sexiest job of the 21st century” be if we could automate data management so that these highly trained individuals can focus on deriving value from data?

AI is not intelligent; it is a breathtaking example of algorithmic technology.

Analytics is key to deriving insight and value from the data deluge. Automation of analytics has become a necessity in order to tackle the deluge of data-driven problems. It enables us to focus our attention on higher-value tasks and gain operational efficiency and repeatability.

Machine learning (ML) and AI are the technologies through which this automation is achieved. We have not yet developed the level of trust in ML and AI that we have in other technologies because they do not explain how they work or make their decisions.

We are not quite ready yet to change our relationship with mathematics and logic. We like to own the logic, understand it and codify it. Software is information processed by computer systems in a known way – we know it because we wrote the code. When things go wrong, we can debug the logic and correct it. We are sometimes confusing automation with autonomy.

An automated task does not have to make autonomous decisions for us. We can remain in control. The confusion arises because we discuss automation in the context of AI and attribute too much intelligence and capabilities for reasoning to it.

The predictions, classifications and moves of these AI systems might surprise us, not because they have intuition, but because we do not understand their logic.

An AI system built on deep learning is a different piece of software. The algorithm, through the process of training, generates its own logic. The deep neural network that can diagnose skin cancer on medical images trained its eyes, not human eyes. The predictions, classifications and moves of these AI systems might surprise us, not because they have intuition, but because we do not understand their logic. They are not intuitive, they are inscrutable. They do not give up their secrets. That is why fair, accountable, transparent and explainable AI is a major research area right now.

The future is now

Automation and AI have the potential to augment our abilities and make us better at what we do. AI, like all technology, is assistive technology. Perhaps 2018 is the year where we think of AI not as artificial intelligence, but as assistive information technology.

I do not have a crystal ball to predict the future. But I am excited for what is to come. Automation will continue to revolutionize industries – automation through analytics and algorithms is inevitable. These trends will not only shape technology in 2018 and beyond, they are transforming our world now.

Hear more of my thoughts on technology trends in "Two common threads tying together 2018 tech trends" via InfoWorld.

Oliver Schabenberger executes the company’s strategic objectives and business priorities as well as sets the technology direction for SAS. Together with SAS CEO Jim Goodnight, he helps shape SAS’ vision and keep the company at the forefront of innovation so that customers have access to the technology and services they need to be successful.