Stories have been flooding the market lately about artificial intelligence (AI) causing the next world war. Based originally on comments made by Elon Musk (see below), many others are jumping in to share similar fears.

One of the claims suggests that an AI system could decide that a preemptive strike is the most probable path to victory and subsequently execute that decision without human intervention.

Comments like this raise panic about technology and war with reckless abandon. They encourage people to fear technology they do not understand while withholding information about how that technology can improve our lives. AI is part of our every day activities, as we run searches on Google, shop online with Amazon, tag photos on Facebook and interact with Siri. AI is also being used to fight credit card fraud, assist with wildlife conservation efforts and detect sepsis symptoms sooner to dramatically improves patient survival rates.

The fear mongering over AI is in a similar vein to the debate over nuclear power: it can be used for mass destruction when weaponized. But it also powers cities all over the globe. The technology in and of itself is not massively destructive. However, the human tendency to design and use technology to harm other humans IS massively destructive and something that has existed since the beginning of mankind.

The root of war often lies in man's desire to exert control and influence over others in order to defend or improve one's way of life. War is driven by humans, meaning humans are the threat in initiating war, just as humans are the drivers of peace. Consider a few examples.

The Mongol conquests of the 13th century brutally killed somewhere between 30,000-60,000 people as the Mongols stole land and demanded allegiance from those occupying a given territory. The brutality of Ghengis Khan is still discussed today. The Mongols were savage in their tactics offering only absolute surrender or total destruction.

Millions were killed in the early 1800s during the Napoleonic wars which spurred over territorial and ideological disputes. Napoleon's tactics on the battlefield are still studied today in military institutions worldwide.

All of the brutality of these events, these wars, happened without artificial intelligence. Technology does not drive war.

World War I was ignited by the assassination of Archduke Franz Ferdinand of Austria, although global posturing of alliances and ideologies were building before that bullet was fired. Likewise, many factors contributed to the second world war but perhaps the most haunting event was the genocide committed against European Jews known as the Holocaust. Millions were killed in both wars.

Recently, the Syrian government has used chemical weapons on its people, and insurgents within ISIL's self-proclaimed caliphate have posted videos to YouTube of decapitations, burning people alive and drowning humans in cages.

All of the brutality of these events, these wars, happened without artificial intelligence. Technology does not drive war. 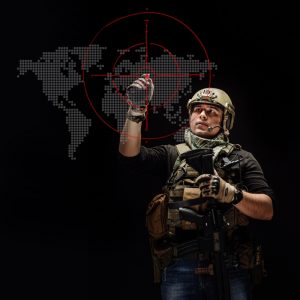 But technology has certainly changed the manner in which we fight wars. Laser guided missile systems have increased accuracy of impact on targets. Fly-by-wire capabilities have enabled more precise computer guidance and control of both aircraft and submarines. Satellites have provided more in-depth imagery analysis and advances in communications systems have improved knowledge of the battlespace and coordination among forces.

As computer systems become integrated into many facets of military operations, cyber security has become a focus as the protection of military strategy and intelligence housed in these systems are key to national security and defense operations. Cyber attacks have escalated tensions among countries as the internet becomes a new area of sovereign territory to defend.

The Next Arms Race

So if there is a relationship between technology and war, is there a threat of artificial intelligence becoming the catalyst to the next world war?

The short answer is no.

The nuclear arms race that gave rise to the Cold War between the United States and Russia never escalated largely due to the concept of mutually assured destruction. One nuclear attack would certainly have been met with a reciprocal attack. There was a frantic competition to gain a technological edge. But if a weapon of mass destruction would have been launched, it would not have been due to the existence of the bomb itself. It would have been driven in response to an escalation in human decisions.

Artificial intelligence may have a role in an emerging arms race. Cyber attacks on power grids paralyze cities.  Hackers can steal the identities of individual citizens and damage corporations by leaking trade secrets or revealing cultural stigmas. These are new types of weapons used in war. But none of them, in and of themselves, are causing war.

Computer science may be the center of the next arms race with artificial intelligence playing one role in that bigger race. But that should not be confused with the idea of artificial intelligence causing or initiating war. We will not be meeting I, Robot on the battlefield. It will be our fellow man, just as it always has been.

Artificial intelligence brings great potential to the world. We all should benefit from it, not just a select few. Elon Musk has not let the fear of AI-initiated wars prevent him from selling self-driving cars. So it seems hypocritical to say that only a few can harness the power of artificial intelligence, and outside of those few further development means we are ultimately doomed to global war.

Ignorance is a driver of much violence coupled with the fear of the unknown. We need ethics and moral guidelines to surround the development of AI applications, but we must not allow those guidelines to be directed by one person or one segment of society. The control of knowledge and use of fear is how we get to war and again, that has nothing to do with technology. 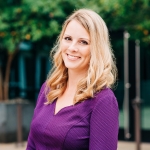 Mary Beth Moore is an Artificial Intelligence and Language Analytics Strategist at SAS. She is responsible for providing strategic marketing direction and leads global SAS messaging for artificial intelligence and text analytics. She frequently presents and writes on a wide range of technology topics, including AI, NLP and SAS’ Data for Good initiatives. Prior to SAS, Moore served in the United States Marine Corps and spent several years as an intelligence analyst and senior instructor in the US Department of Defense and Intelligence Community, primarily supporting expeditionary units and special operations. She is also a special education advocate, a disability rights consultant and a believer in community inclusion for people of all abilities.