As the federal government’s ability to collect personally identifiable information has increased drastically in recent years, so have attacks targeting that information. Insider threats are of particular concern, according to the Government Accountability Office's 2015 bi-annual High Risk Report.

The GAO specifically states, “Risks to cyber assets can originate from unintentional and intentional threats. These include insider threats from disaffected or careless employees and business partners, escalating and emerging threats from around the globe, the ease of obtaining and using hacking tools, the steady advance in the sophistication of attack technology and the emergence of new and more destructive attacks.” With these trends forecast to worsen, the onus is on agencies to act now.

Fortunately, some agencies have already begun efforts to mitigate risks associated with insider attacks. For instance, the Departments of Justice and Health and Human Services have dedicated large portions of budgets for fighting cybercrime with a focus on tools that mitigate the risks of insider threats. We can also expect the newly created National Background Investigations Bureau (NBIB) to take an active role in overseeing the reform and implementation of automated insider threat detection capabilities across the federal government.

With efforts already underway to develop and implement an effective insider threat approach, agencies should be looking to include the following capabilities to augment current and future systems:

Although each capability, on its own, can address a range of threat scenarios, no single solution can prevent all insider threats. Effective implementation of policy and human expertise that can evaluate alerts, will always be critical to thwarting insider threats.

To put themselves in the best position, agencies are encouraged to employ a comprehensive framework that incorporates all of the above capabilities to create a robust and extensible suite for detection, prevention and mitigation of insider threats.

If you're interested in learning more, visit us at the Insider Threat Summit, taking place March 29-30 in Monterey, CA. 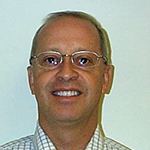 Glenn has spent 30 years figuring out what technologies best meet the needs of organizations, from small start-ups to Fortune 500 companies and now, the US Government. Glenn identifies government challenges where analytics can have a strong impact and helps tailor solutions especially for federal customers. He collaborates with systems integrators to make those solutions a reality. Glenn focuses much of his time helping customers tackle fraud, improper payments and insider threats by using analytics to better prioritize cases and ease the burden on government caseworkers. Glenn is a graduate of the University of Maryland.