Drilling a well is costly, risky and fraught with hazards for both man and machine. So why does most well behavior surveillance rely solely on historical data? Why not include a data driven approach that can also predict what might happen next?

One great example is wellbore breathing. Annular pressure exerted from circulating fluid during the drilling process, combined with the nature of the geology itself, causes the geology to breathe in fluids when the pumps are on. When circulation of fluids is halted during a connection, the geology “breathes” these fluids back to the surface. It’s fairly standard practice to monitor the flow of these fluids during connections so that the driller can easily differentiate between wellbore breathing and a possible well control situation.

Most examples of this service I have seen base the expected flow-back effect and resultant alarm limits purely around signatures previously witnessed during connections. There is an inherent risk of incorrectly placing the alarm limit: Do you base your analysis on what happened at the last connection?

Would it not be better to combine the historical data from connections with real-time data about flow rates and pressures during the last drilled stand? The combination of these two distinct data sets facilitates more accurate prediction of the flow-back expected at this connection.

A simple analytical model can be created that can do just that. Applying these predictive analytics enables you to rapidly predict the flow-back expected, and couple that prediction with confidence levels that provide a far more accurate surveillance tool than the traditional approach. These two charts make it clear: In the first, the manually placed alarm limit is set based on the signature the engineer expects for the next flow-back.

In the second chart where we predict the flow-back based on both historical flow-back events and real-time data measured while drilling the previous stand. In this case, we see a much lower band for flow back. This allows us to identify potential well control issues much earlier, and with much more confidence.

By using predictive techniques, you can derive a much clearer picture of what to expect from the well each time you switch the pumps off. This is only one of many ways that predictive analytics can improve surveillance of critical well situations. This simple example may spark your own ideas about innovative uses of advanced analytics across the range of possible drilling applications. 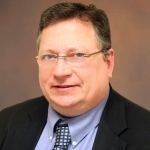 Moray joined the SAS Energy team as a Principal Consultant for Oil and Gas in 2013. He started his career at Baker Hughes where he spent the first eight years working as an engineer in the SLS and MWD product Lines. In 1996, Moray moved into the software development team at Baker Hughes where he was responsible for development of leading edge, real-time and remote (drilling, completions and production) and visualization solutions. After 2007, Moray held a variety of positions in business development, marketing and innovation management where he was responsible for delivering over $100mm in new product revenues. Moray holds a Post Graduate Diploma in Computer Aided Engineering from Robert Gordon’s University. He is also in the process of completing his Executive MBA from Texas A&M University.