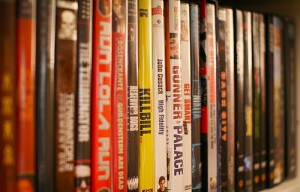 Blockbuster recently announced it‘s throwing in the towel and closing its remaining 300 stores in early 2014. My how times change!

Blockbuster, bought by Dish Network in 2011, was an integral and intimate part of our lives for years. Teens gathered at the neighborhood Blockbuster to rent movies and hang out with their friends. Parents and younger kids waited for hot Disney movies to be released. And couples on date nights went to Blockbuster to choose the entertainment that would help them cocoon. In my experience, Blockbuster associates were knowledgeable, helpful and efficient. Heck, I didn’t even mind increasing my basket size with an occasionally box of Snowcaps or Milk Duds.

Retail has long been the last bastion of rags to riches stories, and Blockbuster’s is no exception. The company changed the way we watched movies starting in 1985, but they didn’t change quickly enough when we wanted our movies and television delivered in a different way ... Obviously, companies that don’t adapt lose their way in any industry. But it seems especially true today for retailers who are on the bleeding edge of reacting to the constant push of new consumer technology. Blockbuster had converted to an “all digital” company, but it still trailed Netflix’s digital, on-demand leadership.

As retail industry thought leaders Lori Schafer and Deborah Weinswig have noted, the tech titans of Amazon, Apple, eBay, Facebook and Google spend significantly more capital than other retailers do on technology. What are other retailers doing to follow suit and keep up?

It’s too late for Blockbuster, but it’s not too late for other retailers to learn from their example and adapt. As a consumer, I welcome retailers competing for my business. In terms of the way I consume movies and television, I’ve learned to stream shows from Amazon and Netflix on to my various devices. I also am keen to “Google it up” more. But, frankly, I’m not sure how much more consumer technology I want to learn just to watch the newest episodes of Downton Abbey.

So, what’s next on the frontier for retail? Why not give your data a test drive with visual analytics and see what you might see: SAS Visual Analytics full demo. 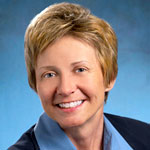 Diana is director for global retail product marketing at SAS. Diana has 27 years experience in the retail ecosystem, in companies as diverse as Procter & Gamble and IBM to a start-up retail software company. Diana’s been fortunate to work for some of the most highly-regarded companies in the world and with innovative retailers worldwide. In her current role, Diana is widely interviewed and quoted in retail and global publications. She gains market insight from global customers and the SAS Retail customer advisory board and shares industry best practices. Diana received her BBA with honors in quantitative analysis and information systems.