It seems like only yesterday that the SAS Executive Briefing Center (EBC) parking lot was filled with Craft Services tents, high-end luxury cars, movie cameras and, oh, a few celebrities.  But, it’s been nearly a year since SAS became Stark Industries for a day when parts of Iron Man 3 were filmed on SAS campus.

Surely many of you have by now seen the movie, and hopefully recognized that the beautiful lobby and glass doors of Stark Industries looked like the SAS Executive Briefing Center (EBC) lobby. 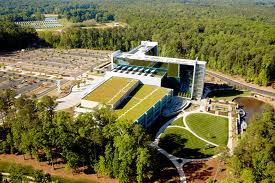 As I watched Happy Hogan walking through the SAS lobby on the big screen, and later Pepper Potts and Aldrich Killian saying their goodbye in front of the beautiful glass doors of the EBC, I started thinking - clearly there must be other similarities between our two companies besides our lobbies.

For example, both companies are eco-friendly workplaces.  Stark Tower is powered by its own arc reactor, capable of sustaining the tower for a year at no cost to the city.  The SAS EBC is LEED-certified, which boasts many self-sustaining features, including water and energy conservation, a green roof, rainwater repurposing, electric car charging stations and more.

Both companies Team with Superheroes.  Tony Stark hangs with his Avengers buddies Captain America, The Hulk and Thor to protect the world.  SAS co-created the League of Analytic Heroes, including Illumino, Megavox, Magnacomm,  Predicta and Exploris to help the world via analytic innovation. 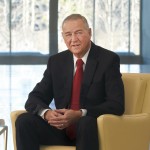 What other similarities would you draw between these two companies?