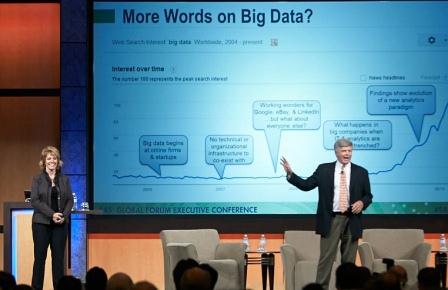 In the late 1990s, Jill Dyché, co-founder of Baseline Consulting, worked on a multi-year engagement to stand up Bell South’s business intelligence and analytics strategy.

“This was heavy-duty programming; this was heavy-duty code,” she recalls. “SQL is not necessarily optimized for set data to do this kind of thing, but we did it. And after three-and-a-half months, we actually had some really interesting discoveries on the data.”

The project paid for itself right away. So imagine the return on investment such effort would produce today when the same project would take seconds, not months.

Dyché, Vice President of Best Practices at SAS, and Tom Davenport, visiting professor at Harvard Business School and president’s distinguished Professor of Information Technology at Babson College, refer to that era as Analytics 1.0.

Analytics 2.0 took off in the first half of the first decade of the 21st century. Those years saw the rise of online companies like Google and LinkedIn that pioneered the data economy.

“Analytics 3.0 we think is starting now,” says Davenport. “It’s the intersection of big data and traditional analytics. Now, every company can join the data economy.”

IT investment is no longer the investment barrier it was just a few years ago.

“If you’ve got that raw critical mass of information on your data warehouse, the number crunching and the highly computational aspect of Hadoop combined with SAS Analytics lets you do this stuff so much more quickly and inexpensively, and in some cases even under the radar,” Dyché says. “We’re finding that exploration on data can now pay for itself.”

If technology is no longer the barrier to big data analytics at big companies, what is?

You can watch an interview with Davenport and Dyché, starting at 16:45 here: