After an energy-packed opening session Sunday night at SAS Global Forum 2013 in San Francisco, hundreds of senior-level executives reconvened Monday in the Marriott Marquis for a day of discussion on what it means to be a high-performance organization.

Big Data: We're all in this together
Author and MIT Principal Research Scientist Andrew McAfee set the stage for the day’s presentations at the Executive Conference, as he unpacked the theory of big data and its impact on the world. He dismissed some notions that big data only comes into play for search engines like Google and Yahoo. Instead, he purported that big data affects all of us in every area of society from healthcare to air travel to the housing market and political elections.

“The volumes of data and the insights we can potentially get out of it is absolutely staggering,” McAfee said. “I’m confident companies like SAS will be able to solve the big data challenges as quickly as they come up.”

The High Performance Organization: What is it and how can I become one?
With the noise in the analytics market getting louder all the time, SAS Senior Vice President and Chief Marketing Officer Jim Davis helped attendees sort through the hype by comparing SAS to our competitors.

“We created an in-memory analytic server to distribute the load. To my knowledge, we are the only ones doing this today,” Davis said.

By tapping into high-performance analytics in a business context, Davis said companies can:

SAS Visual Analytics: 1.1 billion lines of code and a live audience? No problem.
SAS CEO Jim Goodnight proudly showed off the speed and scalability of SAS Visual Analytics in a live demo before the audience. First he dove into data on global trade revenue, illustrating the software’s ability to use color and animated graphics to show trade surplus and deficit by country. Then he used a generic company example, “Megacorp,”to try out analysis on 1.1 billion lines of code.

Goodnight talked about the hardware behind the power and explained, “It scales linearly. All you have to do is buy more hardware.” He completed his demo by pulling a Sandy Bridge processing chip out of his back pocket and showing how much computing power is contained in a device that fits in the palm of your hand.

“We still listen to the radio when we need to, but given the choice, we much prefer television,” Kaul said. “The ability to be able to visualize massive amounts of data used to be impossible. Now [SAS Visual Analytics] gives people who aren’t comfortable with standard deviation, etc., the ability to understand what the data is telling them.”

Chris Gifford, Senior Vice President of customer Analytics for JPMorgan Chase, said the experience for him with SAS High Performance Analytics was much the same. He said he quickly went from doubt and disbelief in how it worked to desire to get his hands on the software as fast as possible. 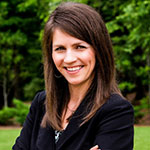 Lisa Arney is an internal communications manager at SAS, where she has worked since 2002. Lisa oversees a team of writers supporting the major divisions at SAS to share news and information that helps employees feel engaged and informed.