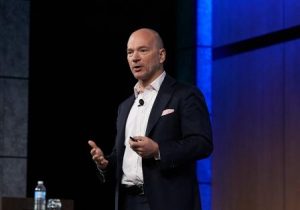 It might not be the battle of good versus evil, but it’s a clash that can profoundly affect a company’s success. So, what are the HiPPOs and geeks fighting over? It’s the way an organization chooses to tackle its biggest challenges. But before we delve into that topic, it’s important to understand who the two adversaries are and the role big data plays.

Despite what you might initially think, a HiPPO is not the giant mammal from sub-Saharan Africa. “A HiPPO is the highest-paid person's opinion,” explained Andrew McAfee, author and Principal Research Scientist at MIT, during his keynote address at the SAS Global Forum Executive Conference in San Francisco. Most companies tackle their problems with the HiPPO approach – a group meets, discusses an issue, and the HiPPO makes the decision based on his or her intuition and gut feeling.

Sure, someone in their position can make educated guesses, but there is an alternative solution that could prove more fruitful. Simply put, let the data (and the geeks armed with analytics) guide you!  As McAfee said, it’s best to get out of the way and follow the data where it takes you, even if goes where you aren’t comfortable. Perhaps the conclusions conflict with what you want to believe, but the insights you gain from big data will make it worthwhile.

“I’ve never seen a topic – with the exception of the Internet itself in back in 1994 – arouse as much interest as quickly as this whole theme about ‘big data,’” said McAfee. These days, “the volume, velocity and variety of data coming in is just inconceivable,” he added. Big data simply can’t be ignored.

"When we've got data, and build decent models, you'll always get a better judgment than if you rely on a HiPPO," McAfee proclaimed. Ultimately, the major challenge is whether organizations can switch from the HiPPO method to the geek method of making decisions. There is likely to be resistance from HiPPOs – after all, they’re used to calling the shots.

But don’t break out the animal tranquilizer just yet. We don’t want to hunt the HiPPOs or push them into extinction. Instead, they should play the role of expert advisor. HiPPOs are well versed in their organizations’ challenges, and there’s nothing they want more than for their organizations to be successful. Ask them for their perceptions and predictions, and have the geeks absorb the HiPPOs’ input and put it toward an algorithm. The HiPPOs’ knowledge can be one more variable to improve the quality of the results.

In a perfect world, HiPPOs and geeks would see eye-to-eye. However, it might take some time for HiPPOs to take a step back and realize there is another way to make decisions for the greater good of the organization. In order to thrive in today’s market space, companies need to move from a HiPPO-dominated world to a data-dominated world. And SAS is here to help organizations harness relevant data and use it to make the best decisions.

In the end, big data can be used as the basis for innovation, differentiation and growth. The answers are there – you just have to have the gumption to acknowledge that intuition isn’t enough, and while you respect your HiPPO, you want to ensure your organization is on the path for success and prosperity.

Don’t let your HiPPO fail to see the benefit of big data analytics and the new direction of business. Otherwise your HiPPO might turn into a dinosaur … and everyone knows what happened to them. 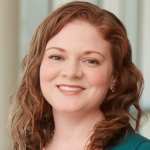