The EPA was in my neighborhood several weeks ago testing well water - never a good sign.  It was determined that the subdivision just north and upstream of us had once been the site of a farm contaminated by the dumping of fuel, pesticides and various other chemicals.  It turned out that our water was fine, but as a precaution due to the proximity, I am following the EPA’s recommendation for the subdivision itself – the installation of a carbon filter.

For me this is no big deal, as I already have a large, full house filter installed.  However, I had recently purchased three of the large, standard filters to last me the next 18 months, and was not happy about the now duplicate costs to replace them.  I had ordered my standard filters from a local on-line N.C. distributor that I’d been dealing with for a couple of years, FiltersFast.com, chosen originally not just because of price but because they also carried the O-ring and specialized wrench I needed. 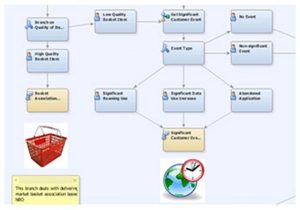 So I picked up the phone and called into the customer service number, expecting the worst.  Now I don’t know if I simply got a very experienced customer service rep, or if they were employing something like a rules-based adaptive customer experience system (ACE), but I ended up with exactly what I wanted and needed, all with no duplicate costs.  If I’d gotten an inflexible customer relationship system, I’m certain that they’d have simply tried to follow the standard script and upsell me when in reality what they were dealing with was not a sales growth opportunity but a retention issue where risk management and not marginal profit was paramount.  In the end I was able to order three of the carbon filters, got full credit for returning the unneeded standard filters even though I was past the 30-day return window, and the rep got authorization to give me free-shipping to compensate for my paying the return shipping.  Just try that with a script-driven process run out of an off-shored call center!

The above mentioned real-time ACE decision system is just one example of a rules-based decision support process, the topic of this past week’s DM Radio show, “Rules, Rules, Rules”.  If you’ve not heard of DM Radio, Eric Kavanagh hosts a weekly (every Thursday afternoon, 50 weeks a year, @ 3:00pm ET) one-hour discussion on current IT and business system issues.  His Ed McMahon-like co-host, Jim Ericson, played the likeable curmudgeon, this time lamenting why he can never get a real human no matter what number he punches, before we moved into the heart of the issue, covering ground from expert systems to fuzzy rules to real-time.

This week’s guest analyst was Dean Abbott, founder and president of Abbott Analytics, who introduced the concept of “association rules”, an important extension to the more common fixed rules of the somewhat brittle 'expert systems'.  Designed for a more complex environment, associative rules work like this:  You walk into a grocery store in July and purchase, among 25 other things in your basket, hamburger buns and ketchup.  The system recognizes the significance of these two items paired together (a backyard cookout) out of all the other possible pairs, triplets, quadruplets, etc ..., and automatically creates a coupon at checkout for $1.00 off a bag of charcoal (which it recognized as NOT being in your basket), conveniently sitting near the exit – you can pick it up on your way out and save yourself an extra trip back to the store later - a win/win for both you and the retailer.  A hardcoded, binary decision system could never handle this level of complexity, even though it’s only 25 items, whereas it’s a relatively trivial exercise for high performance analytics, and associative rules are smart enough to know that without the hamburger, pairing the ketchup with anything else in the basket is insignificant.

When it comes to the first aspect, assessing the overall business process, I’ll simply suggest these three resources: 1) My previous blog post on “The Man who save the world”, 2) the book “Normal Accidents” by Charles Perrow, and 3) Kevin Slavin’s TED Talk on Algorithms.  The point of this trio of resources is to educate yourself about the dangers and differences between tightly and loosely coupled systems, and the proper use of human intervention and exception handling to prevent situations like the one described by Slavin where two computers bid each other up into the millions of dollars on eBay for a $12.95 paperback book.  You don’t want to be the one responsible for the next version of the Wall St. “flash crash” at your company.

The application of analytics to each of these aspects is ubiquitous, from data mining to decision trees to variability and confidence levels to parameters and triggers.  I started this post with the ACE real-time decisioning example, and it would be best to conclude with additional illustrations of how analytics drives rule-based decision making:

As you can see, rules-based decision making covers a lot of ground.  As the now famous line by Warren Bennis goes: “The factory of the future will have only two employees, a man and a dog. The man will be there to feed the dog. The dog will be there to keep the man from touching the equipment”.  Rules-based decision systems are permeating the business environment, and with the analytics available to help make those rules better, you can end up with better business decisions, faster.